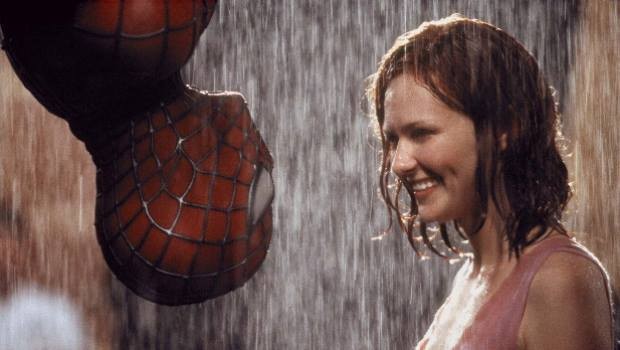 How the Superheroes Saved the Stars

It’s clear that Edward Norton decided to make the most of The Incredible Hulk. An acclaimed character actor who won an Oscar nomination on only his second film – 1997’s Primal Fear – his casting in Universal’s second stab at the Hulk franchise was a surprise to many. Not so surprising is that he effectively became a co-writer on the project, keen to explore Bruce Banner’s inner psyche and probe the complexities of the monster within. Unfortunately his efforts reportedly caused clashes with both director Louis Leterrier and a disgruntled studio, and the sole screenwriting credit ended up with Zak Penn.

The reality is that Norton needs The Incredible Hulk, just as the franchise certainly benefits from his thespian talents. Despite Norton’s early success, his standout part in David Fincher’s generation-defining Fight Club is nearly ten years old already, and a handful of gems aside – Rounders, 25th Hour, Down in the Valley – his subsequent CV has steered him ever closer towards the obscure. His projects haven’t found the audiences to match their quality, and his collaboration with Marvel signals a commitment to broaden his appeal.

Norton’s efforts to reclaim the mainstream echo the other Marvel release of the year. Jon Favreau’s Iron Man is an origins story that made the daring move of casting Robert Downey Jr as weapons engineer and metal-clad superhero Tony Stark. Production executives looked beyond the actor’s extensive list of high-profile drug misdemeanours collected over the past decade or so, and focused instead on his undeniable acting talent. He certainly delivers the goods, elevating the film above the mediocrity it would have suffered without his particular brand of breezy charisma. The actor fought for the role, and it’s not surprising given the career rebirth it has undoubtedly delivered with the film’s stunning success.

With perhaps the unfortunate exception of Eric Bana, the superheroes have generally been kind on their stars, acting as a launch-pad to new opportunities and a wealth of choice, courtesy of an expansive and eternally enthusiastic fan-base. In the same year that Norton won Academy recognition for Primal Fear, George Clooney became Bruce Wayne in Joel Schumacher’s Batman & Robin. The film would become a doomed addition to the DC franchise, with Clooney spectacularly miscast, but although rightly remembered with derision, the mere presence of ER’s Dr Doug did wonders for his career. He went from awkward caped crusader to bedding Jennifer Lopez as stylish petty thief Jack Foley in Steven Soderbergh’s impressive crime drama Out of Sight, although he was perhaps lucky to win the role before Batman & Robin opened. He may have apologised to fans for such a mauling of the Batman legend, but as a means to an end he’s hardly complaining.

Contemporary superheroes have come to be dominated by thespians since Tobey Maguire gave Spider-Man some credibility and cult favourite Sam Raimi agreed to direct the cinematic juggernaut. Despite his youth, Maguire’s CV was already peppered with thespian projects, from Ang Lee’s The Ice Storm, through The Cider House Rules to Wonder Boys. All popular with the Academy, but largely unseen by Spider-Man’s core audience. His casting opened up the character’s appeal and introduced Maguire to the popcorn crowd. Comic-book rival DC has since responded by casting a former American psycho as Batman. Christian Bale has defined himself as an actor willing to go to extraordinary physical lengths in pursuit of character, something which suits both director Christopher Nolan and the darker political times that the franchise now aspires to address.

The calibre of talent shaping big-screen superheroes is perhaps finally doing justice to the frequently overlooked standard of writing evident in the Marvel and DC universes. Comics have never really escaped their stereotypical, snotty-teenager image, despite addressing such themes as alienation and adolescent confusion with undeniable insight. Whereas the big-screen versions may rely on thespian credibility to reach audiences beyond the fan-boys as the standard of writing sinks between the comic and the screen, it’s a two-way relationship that won’t run out of steam anytime soon.