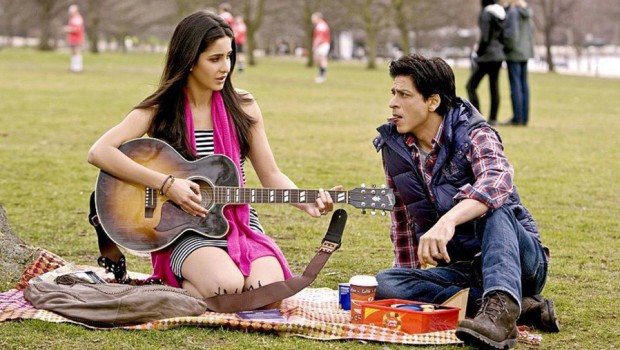 Summary: The spirit of Yash Chopra lives on and "Jab Tak Hai Jaan" serves as a fitting tribute.

A swansong by any other auteur, just wouldn’t have the same resonance, the same feeling, the same romance… As Yash Chopra defines romance; literally has done through the ages, or a few generations to say the least. Jab Tak Hai Jaan (As long as I live…) marks Chopra’s last offering for the silver screen.

It re-unites him with king of the Bolly box office – Shah Rukh Khan, with whom Chopra has made his last three cinematic outings. Suffice to say Chopra is India’s most revered living Director, and in this context, holds the mantle of the King of Romance.

In Jab Tak Hai Jaan, Khan plays Samar Anand – an Indian army officer based in Kashmir. Initially at least, he plays an introverted, tortured soul of sorts. Here he encounters Akira (Sharma) an aspiring reporter with a real joie de vivre, and seemingly perfect foil for his past, and inner demons…

Kaif plays an archetypal Yash Chopra heroine in Meera; stunning, unattainable, and living in their own rose-tinted bubble. Bas, not much else is known about the movie other than much of it is told in flashback (likely the Meera vista) and a love triangle of sorts forms the crux of the story, with ample lashings of love, loss and rhyming couplets with a certain panache.

Chopra celebrated his 80th birthday last week, and marked the launch of the film with a special Q&A with Khan, in which he officially announced his retirement from the world of celluloid. Indeed, produced and written by Yash’s son Aditya Chopra (scion to India’s leading production house – Yash Raj Films) they have come out all guns blazing for his final bow. With cinematography by Anil Mehta, lyrics by Gulzar and music by A R Rahman, you’re in good company, with a movie literally framed by legends.

This is an event movie with the biggest director and box office star coming together for one final huzzah, in what seems to be a romance to remember. It’s releasing on Diwali, India’s largest public holiday and equivalent to the 4th July weekend, once again stamping its importance on the ticket-buying masses.

And they will come in droves, as the much-feted Chopra is an unparalleled pioneer – having directed some of the most memorable movies in Indian film history since the 50’s (Waqt, Deewar, Silsila, Lamhe) and pertinently, always keeping it relevant. Awards have littered his career, but he has produced many of Bollywood’s defining moments through his cinema. He is the master when it comes to putting emotions, relationships, socially relevant drama, and essentially love on the screen. As my wife succinctly put it to me, “It’s Yash Chopra… No one does romance like Yash Chopra.” Couldn’t have put it better myself.

It is with great regret we announce Yash Chopra passed away on Sunday 21st October 2012, at 5.30pm local time in Mumbai to Dengue and multiple organ failure; he was 80. He is survived by his wife, Producer Pamela, sons Aditya (CE of Yash Raj Films) and Uday (Actor). The film legend and director par excellence in part defined Indian film history with his iconic films, and unflinching takes on relationships, passion, and love. The title of his last film was apt, as he was truly making movies Jab Tak Hai Jaan – until his last breath…