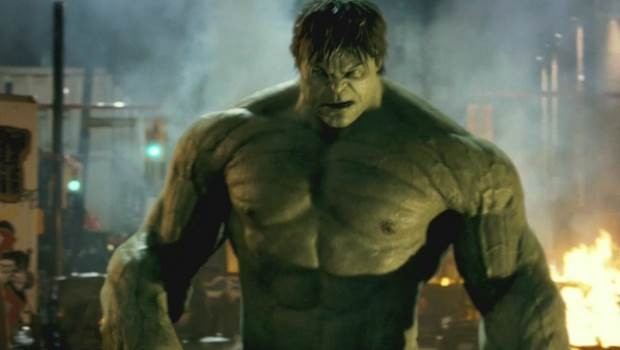 Summary: Fans will be grinning as the titans clash, and that's probably all that really matters.

“That it? That all you got?” mocks Tim Roth’s pumped-up commando as he faces off against a not-so-friendly green giant. Although echoing the general response to Ang Lee’s stab at the franchise five years ago, the line punctuates a superbly chaotic action set-piece as the Army, under the command of General Ross (William Hurt), tears apart an Ivy League university playing field. The sequence doesn’t drown in CGI and stands out as one of the film’s high points. Roth even gets an acrobatic fight scene, albeit given a helping hand with some digital tinkering.

Edward Norton is Bruce Banner in Universal’s franchise reboot. A Method man headlining a Marvel movie proves a smart choice, as does pairing him with director Louis Leterrier. The director of The Transporter franchise squeezes a flashily-edited origins flashback into the opening credits sequence, and from there takes more inspiration from the original TV show than from Lee’s unloved legacy.

Banner hiding out in the favelas of Rio proves a nifty plot device as General Ross’ efforts to capture him produces a hugely exciting – and notably monster-free – chase across rooftops and side-streets that’s as adrenaline charged as any you’ll see this year. Adrenaline, however, is something Banner has to keep in check. Equipped with a pulse-monitoring watch, if the numbers climb above 200 the monster is unleashed. Simple, effective.

With Norton on board unofficially scribbling pages of the screenplay on the set – but leaving Zak Penn with sole writing credit after much reported studio wrangling – we get some unexpected probes into monster psychology, from post traumatic stress disorder (not even the Hulk likes being on the wrong end of a mini-gun) through to anger at the weather in an unashamed nod to a certain great ape. The same attention isn’t quite found for Betty Ross, with Liv Tyler having little to do but look shocked and pout in sadness as she’s landed the clumsily-written role of reaching Bruce within the beast. Similarly Hurt’s stubborn ‘Thunderbolt’ Ross does gruff and is upstaged by his moustache. Leterrier, meanwhile, is watchful of overdoing the cerebral stuff, and the quieter moments are merely pit-stops between CGI mayhem of beastly proportions.

A shame then that the CGI eventually, inevitably, begins to drown out the humanity of the film’s first half. When the Abomination finally strikes, it proves less of a draw than Roth, leaving a lack of heart where we previously had the talented Brit snarling his way through the story with an entertaining vigour that almost feels ripped from an aborted Tarantino screenplay. Menace is somehow less affecting when seen through a CG filter.

So, while a solid superhero actioner, it lacks the mischievous charm of Iron Man (and a Downey Jr cameo will hammer that one home). But fans will be grinning as the titans clash, and that’s probably all that really matters.

Related:
How the Superheroes Saved the Stars