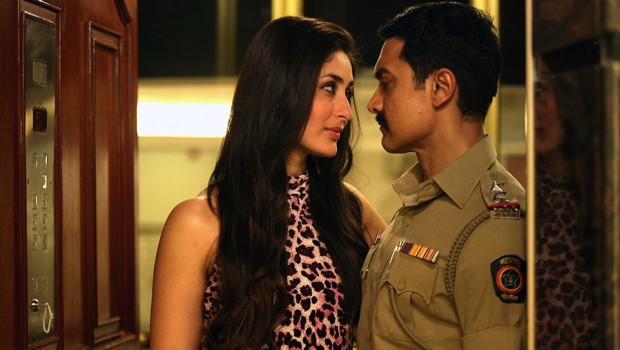 Talaash (Search) marks Aamir’s return to the psychological thriller genre after many years. Something to relish? I’d say so, the man manages to tear up the screen every time he appears on it, with his legendary penchant for directing Directors, shaking loopholes out of plots, and fast-tracking any movies he attaches his name to, to ‘Blockbuster’ status in the annals of movie history.

This movie sees him return as a cop, trying to solve a spate of killings involving a high profile movie star and ladies of the night… He befriends one of the prostitutes – Rosie (Kapoor) in his inference to find clues to the serial killer, but this serious character gets somewhat muddled in the midst of it all. His dutiful wife Sunaina (Mukherji) yearns for his attention, his thoughts and his touch. But Inspector Surjan Singh Shekhawat is having a tough time not just with the case, or his fast sinking reputation, but also with battling his inner demons. Key among these being the death of his son, for which he blames himself.

The trailers give away some premise quite early on, as does the tag-line (The answer lies within) in what seems to be a brooding and edgy thriller. A flawless script is a pre-requisite for Khan, whilst an epic viewing spectacle is what we’ve come to expect from any Aamir movie. He has an un-paralleled ‘Hit’ ratio, having had a mammoth box office smash practically every year since his debut home production – Lagaan, which was nominated for an Oscar in 2001. This is his first fully commercial pot-boiler since his mammoth 3 Idiots in 2009, officially India’s highest grossing film of all time (3 billion rupees and counting) hence expectations are gargantuan.

The movie is produced by Excel Entertainment, one of the freshest and forward thinking production houses in India, that changed the face of contemporary cinema with their debut movie – Dil Chahta Hai, which also featured Khan and went onto become a modern cult classic. Subsequent movies have painted a picture of fun-loving urban youth, stylised upper classes, and genre-defining stories (Don I & II, Zindagi Milegi Na Dobara).

Kagti for her part directed the phenomenally kookie and clever – Honeymoon Travels Pvt. Ltd., subsequently joining Luck By Chance and ZMND director and scribe Zoya Akhtar on writing duties for those movies, and on Talaash.

Twice postponed and with rumoured re-shoots, Talaash has long been in production. But it hasn’t dampened the fervour for the movie, nor the excitement that precedes any Aamir release. Here’s to hoping that the MacGuffin delivers, we’re taking nothing less than ‘blow your mind’… Good luck Aamir!