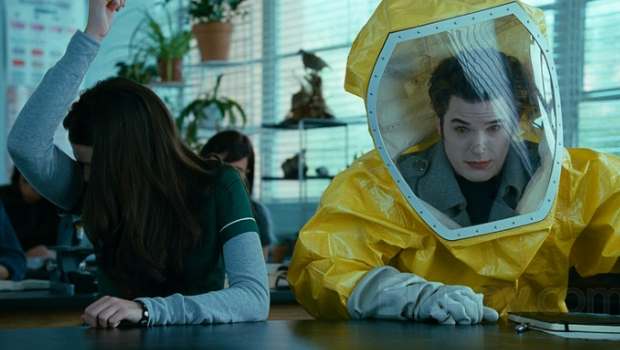 Another week. Another spoof. There was a time when, for a certain generation, the release of a new Naked Gun or Hot Shots movie would be cause for real excitement. Were you, like me, an endless re-watcher of Top Secret, Airplane, Spaceballs and even duds like Repossessed and Fatal Instinct? There was just something about them: the rudeness; the dead-pan hilarity; Leslie Nielsen; the fact that both your parents and your siblings could sit round and enjoy them too. But, as Nielsen’s recent appearance in the likes of 2001: A Space Travesty, Scary Movies 3 & 4 and Stan Helsing will attest, those days are as Dead as Dracula. And nobody’s loving it.

Directors Jason Friedberg and Aaron Seltzer are the purveyors of this recent spate of “Movie” movies: Date Movie, Epic Movie, Disaster Movie and, er, Meet The Spartans. These films are parodies in the loosest sense of the word and it says something about their quality that they appear in cinemas mere weeks after the films that they seek to ridicule. Friedberg and Seltzer’s ‘Movies’ have failed (critically at least) because they are the cinematic equivalent of Heat magazine and with about as much longevity and intellectual nourishment. The films rehash scenes and characters from blockbuster movies more for no other reason than popular audiences will recognise them. But Vampires Suck could have been a turning point. Like the po-faced crime serials and airport disaster films that Naked Gun and Airplane targeted, the teen angst, lovelorn seriousness of The Twilight Saga is ripe for parody. Surely Friedberg/Seltzer would, with this release, realise the core error in their spoof ethos up until now: why ridicule the likes of Pirates of The Caribbean, The Hulk, Sex and The City and 300, films that everyone already know are silly, harmless romps? Twilight is where the comic gold is at.

Unfortunately, it was not to be. Vampires Suck chokes the perilously few good gags it has through catastrophic editing (the camera lingers on the performers after a joke is cracked, only giving the audience time to think about how poor the gag was in the first place), repetition (Jenn Proske’s spot-on imitation of Kristen Stewart’s tendency to stare at the floor, mumble and tuck her hair behind her ear is amusing in the first couple of minutes, but in every single scene?) and quite sickening misjudgement (are gags about dating Chris Brown and a father commenting on his teenaged daughter’s “tits” a good idea in any movie let alone a 12A aimed at Twi-Hards?). Even the trailer’s mildly amusing moments (like the vampire brood who resemble the Black Eyed Peas, for example) are mishandled in the film. This joke may have got a laugh in the trailer (come on, admit it!) but, bereft of time limitations in the film, the gag is surrounded by inept timing and pantomime delivery.

There are some positives. The actors who play the ageless Sullen (rather than Cullen) clan are great matches for their original counterparts and Proske, Robert Pattinson replacement Matt Lanter and the always-good-value Diedrich Bader give it a good shot. But these elements alone cannot sustain the film’s 82 minute running time. In fact, it’s these 82 minutes that you would have to sit through in order to find the film’s one and only inspired laugh. The closing joke is an absolute barnstormer, offering an alternative take on how the whole Twilight Saga could end. But even this is undone by a scene that appears soon into the end credits which completely reverses and undoes this single funny idea. Empty, empty trash.