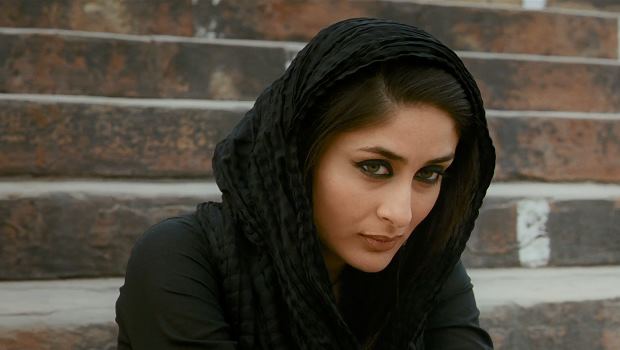 A chilling yet appropriately tempered and charismatic antidote to your archetypal seasonal fare, Kurbaan is a gripping white knuckle ride that turns at all the right places for the ultimate thrill ride.

I really wasn’t looking forward to a movie which seemed to be more style than substance, and surely a vanity vehicle for real life lovers Khan and Kapoor, but this was a pleasant albeit unexpected surprise. Kurbaan (Sacrificed) tells the story of young love, set against a backdrop of global terrorism.

Avantika (Kapoor) returns to her home town of Delhi from the USA after her father suffers a heart attack. Whilst back, she encounters charming university professor Ehsaan (Khan) and after some relentless pursuing from the charismatic professor, gives into his requests for coffee, and thereafter a little more. Avantika’s father is far from au fait with the relationship, what with her being from a Hindu background, and him being a Muslim.

The couple return to the States as man and wife, and set up home there after both secure jobs lecturing at a University. Having moved into a conservative Asian neighbourhood, they slowly get acquainted with the locals. A distress call comes in the form of one of the neighbours telling Avantika she’s in grave danger, and needs to pass on a message to a friend conveying the same. It’s all a bit intriguing, and as Avantika soon finds out, nothing is quite as it seems…

Kurbaan is a valiant attempt at looking at terrorism and its many facets from multiple viewpoints, most poignantly that of the so-called ‘terrorist’. We see a microcosm of the feeling from the perspective of both transient Muslims and young Americans. It puts across opinions without being preachy, bringing some realism and depth to the phenomenon of suicide bombers, sleepers and ‘the cause’ with some sensitivity.

The writer of the awesome Rang De Basanti makes an assured directorial debut with this movie, with a balanced screenplay and a welcome sense of realism. It doesn’t shy away from tackling tricky topics such as inter-faith marriages, Islamophobia and western foreign policy with perspective and agility. It also boasts great visuals, a stunning background score, and great performances from its leads. Vivek Oberoi is a revelation as the news reporter, while Khan and Kapoor have great chemistry. There’s a lot of sizzle as Kapoor gets her kit off, and Khan ravages her on (& off) screen… (allegedly).

Where it really succeeds is in not taking the audience for a dunce, and therein letting the characters breathe… more realism, and less (Bollywood) pantomime. Technically sound, the treatment is on par with any major Hollywood movie. If you’re not into the whole song and dance shebang, try this out as it’s a gritty and intelligent thriller with some truly haunting moments. To call this Bollywood would be insulting, as it is anything but.