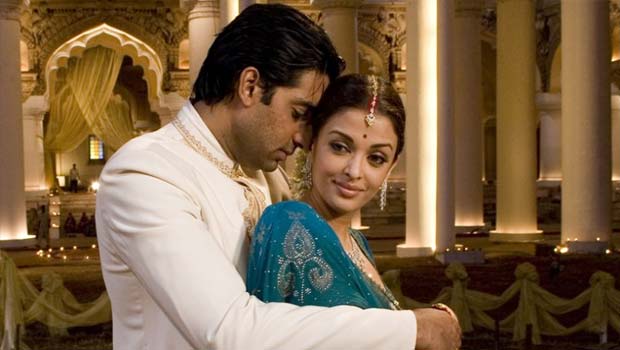 Summary: A great story and fantastic music making this the best Bollywood film in 2007.

A leader in every sense of the word – Guru is based on the life and times of one of South Asia’s greatest business minds – Dhirubhai Ambani. The tag-line: Villager, Visionary, Winner… pretty much sums up his story, and a legacy called Reliance. From humble beginnings to an empire worth $15 billion, this guy had one heck of a journey.

The late magnate was reknowned as one of south-Asian commerce’s founding fathers, and the ultimate success story – of boy done (very) good. It had the distinction of being the first Indian company to go public, hold AGM’s in stadiums, and the only South-Asian company to feature in the Forbes 500 list.

This tale follows the story of Gurukant Desai (Bachchan) a young man from the small village of Idhar in Gujarat, who dreams big right from the start, facing several hurdles and an obstinate system to see his extraordinary dreams bear fruition.

The story begins in 1958, Bombay… Guru comes to the city as a young man with only two items of clothing, a wife, a brother-in-law and 15,000 Rupees to start a business. But all doors are shut for such a novice. Business and trade at that time were run by a handful of the rich and privileged; only they were given licenses, quotas, and they controlled all government trade. It was an exclusive club where it was impossible for an ordinary middle class newcomer to enter, let alone succeed.

Guru had to cajole the doors or kick them open. He did both, and that’s because he never knew the word ‘No’. Despite all barriers, he started his own company called Shakti Trading in a 350 square feet room, with one telephone, a table and three chairs. Forty years on, Shakti Corporation became the first Indian company to enter the Forbes top 500 list. People asked him how this happened and (like Ambani…) he said: “Think big, think ahead and think fast.”

Add to the fray editor of fledgling newspaper The Independent – Nananji (Chakraborty) a one time supporter turned foe of Guru, as well as young idealistic news reporter Shyam Saxena (Madhavan) apprehensive of Guru’s at times unethical and fiercely materialistic ways, we have for an interesting narrative. Oh, and real life (current) squeeze Ash makes an appearance as the missus.

Mani Ratnam is a master film-maker, in fact, he’s probably the best. Definitely the most revered – and India’s answer to Spielberg. Director of classics such as Nayakan, Roja and Dil Se, his transition from regional to national cinema hasn’t always been too steady. This adaptation seems very much inspired, and Ratnam’s power is in his ability to both spin a yarn and create magic on-screen. Indeed he has probably had more retrospectives at film festivals than film entries, more a testament to a fabulous body of work. We look forward to Guru by a real guru of film.