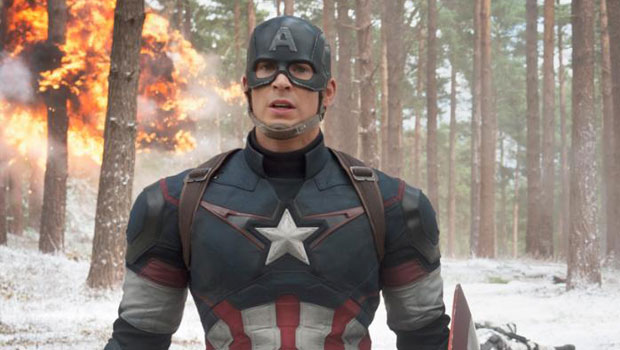 Summary: A brilliantly made superhero film. It’s everything fans could have asked for and more.

When Joss Whedon finished The Avengers, he revealed that he would have never agreed to the project if he’d known just how much work it was going to entail 1. Especially, one must surmise, after he realised he made more money from his independently produced web series, Dr Horrible, than he did from writing and directing one of the highest grossing films of all time.

Prior to Age of Ultron’s production, any questions about his plans for a sequel were met with an unenthusiastic response. It wasn’t passion that drove him to start work mere months after finishing promotional duties on The Avengers, it was a contractual agreement — and he wasn’t shy about letting people know, just as he hasn’t been shy about Marvel’s “really unpleasant” interference during this latest film’s production.

Even a writer-director fuelled by passion can find themselves exhausted after two years of relentless work — four if you include The Avengers — and so it was perhaps no surprise that when Whedon walked out in front of a packed Leicester Square preview screening to introduce his new film, he flatly stated, “Please enjoy this film that I hate”.

But in spite of sounding like an all too typical Hollywood story of big corporation versus artist, Whedon’s creative wells go deep. Rather than buckling under the strain of this awkward relationship, Whedon has managed to produce a film that expands on and exceeds the original in nearly every regard.

The bad guy this time is, as the title reveals, Ultron (James Spader), an AI creation of the Avengers themselves. If that sounds to you like an underwhelming foe after the invading alien horde of the previous film, I would agree, but Whedon manages to elevate him into something just as powerful, and a lot more sinister.

The story is pretty much as you’d expect; good vs evil, yadda yadda yadda, but Whedon does his best to add depth to this superhero caper by exploring some philosophical themes he touched upon in Cabin in the Woods, namely the nihilistic notion that the Avengers (and by extension, humanity), might not deserve to live – and therefore must die. It’s not a very compelling argument, and one might wonder why he returned to it, but Whedon does his best to add meat to Ultron’s argument.

Whedon is always at his best when exploring character moments, rather than bigger themes, and he has more characters than ever with Age of Ultron. The film introduces several new ones to the Marvel universe, notably Scarlet Witch (Elizabeth Olsen) 2 and Quicksilver (Aaron Taylor-Johnson), as well as a surprise inclusion to the Avengers team itself played by Paul Bettany.

Along the way Whedon deepens and expands upon every central character, and creates new relationship dynamics that will probably continue to be explored in future films. He also masterfully services every minor character from just about every Marvel film (which a few exceptions – Marvel decided to keep Gwyneth Paltrow’s and Natalie Portman’s future appearances for upcoming films). He also adds more humour, more action, and gives the story a bigger scope. It is a very worthy sequel, and one that reminded me of X-Men 2 in the way it explored its universe.

Of course, with the good comes the bad, and along with bigger and longer action sequences comes endless and tiring CGI battles. It’s not quite Man of Steel, but at times it is reminiscent. Thankfully Whedon tries to give his characters something to care about in order to keep us interested throughout the barrages of action.

Despite these complaints, Age of Ultron is still a brilliantly made superhero film. It’s everything fans could have asked for and more, but with no resolution in the Marvel universe on the horizon, by the end you may feel a little Marvel-ed out. That’s no reason to not see this latest premium quality popcorn movie, however.

So while Whedon may hate his latest creation, he does insist that it was “made with love”. Indeed, despite the unpleasant forces of a big corporation edging their way into the film’s production, it appears that Whedon’s love won out.

PS – There really isn’t anything at the end of the credits.