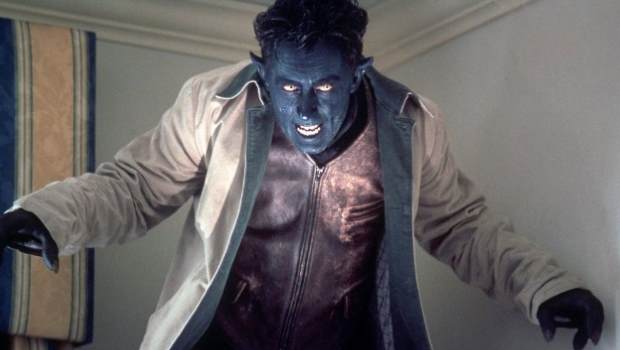 Summary: What X2 is able to provide is a three dimensional world that is not afraid to tackle vaguely complex issues.

X2 should be one of the most successful films of the year. It is based on one of the best-loved and most interesting series of comic books ever produced. It has a ready-made fan base of said comic books, salivating with the built-up anticipation of seeing the perceived wrongs of the first X Men film (a slightly ponderous pace, not enough action) be put to rights. The film’s director, Bryan Singer, has again managed to bring together the kind of mouth-watering cast that should, by all accounts, be worth the price of the cinema stub alone. Therefore, in theory at least, X2 should be a winner. But has it fulfilled its potential and will be so successful that an X 3 is already in the bag, or have Singer et al have dropped the ball in the last nine yards, producing a film that only hints at what might have been?

The answer, as is usually the case, resides in both possible outcomes.

X2 is without doubt an enjoyable film. To be fair, it would be difficult not to be, for only the dullest person would not warm to the basic fantasy behind X Men, namely, that there are those among us with specially mutated powers, whether this be the ability to manipulate metal, run through walls or read peoples’ minds, which separate them from the rest of humankind. As such, it would probably be appealing just to watch the X Men hang out, trying to impress each other for a couple of hours, so the fact that they are involved in a story make them doubly interesting.

The plot for the second instalment in the X Men adventures follows on from where the first left off. It begins with a fantastic sequence where a mysterious new mutant attempts to assassinate the President of the USA (where else?), thereby giving military scientist Stryker (Brian Cox) the opportunity to carry out his dastardly plan for mutants, which in turn leads to an attack on Professor Charles’s Xavier’s (Patrick Stewart) School for the Gifted. A whole array of familiar faces (Hugh Jackman’s Wolverine, Halle Berry’s Storm, and Famke Janssen’s Jean Grey) and new ones (Alan Cumming as the Nightcrawler, Kelly Hu as Lady Deathstrike) get thrown into the mix, bringing the ensemble cast to an impressively high-figure, with each character having their individual power(s) and particular story.

It is undoubtedly the characters who bring the special x-factor to X Men, and the skilled cast, ably directed by Singer, should all be praised for making their characters so interesting that you want to know more about them and see more of what they are capable of.

Yet ironically it is this human element to X2 that is both its major strength and possibly its main weakness. Singer has demonstrated with both Usual Suspects and the first X Men film that he is fantastic at bringing to the fore the individual traits of each member of a particular group. Singer’s eye for characterisation, for evoking moods and feelings, mean that X2 has elements of pathos and humour, and is a stylish, sexy film. Singer is aided by the fact that X Men as a concept deals with universal issues that will strike a chord with those who feel that they, like the X Men, are treated as outcasts by society. Singer is able to reach beyond the boundaries of the action film to layer X2 in a way that it will appeal to various sections of society, often in a surprising way. For instance, when Bobby Drake (aka Iceman) goes to his parents and admits to them his hitherto unknown mutant powers, Singer frames the scene in such a way that it could well be Bobby Drake ‘coming out’ to his parents, rather than admitting that he can produce ice from the palm of his hand. His hesitation to admit who he is, and his parents reaction (‘Couldn’t you just try not being a mutant?’) can be related to, not only by young gay people, but anyone who has been forced to admit to being someone that others might not approve of.

The endlessly interesting characters and the humanity behind the whole venture ensures that X2 does not disappoint in terms of quality. Yet just being a good film will not guarantee X2 has the huge approval from diehard fans that it is obviously seeking. Metaphor or no metaphor, if X2 doesn’t kick enough ass, it’s going to disappoint. And sadly, in this respect, disappoint it probably will.

Although the film’s first action sequence is such an absolute corker that it promises much of the same throughout the film, the next 90 minutes disprove this assumption. True, there is more action this time round, but it still isn’t particularly well directed or edited. Singer’s great at human drama, but simply put, he’s a bit pants when it comes to kicking ass and he concentrates far more on the former, to the detriment of the latter. His problems are two-fold. Firstly, he introduces a bunch of brilliant characters and then doesn’t really give himself the time, opportunity, or presumably the budget, to get them to show their powers as much as would be liked. This is particularly the case during the attack of the School, which could have led to a great mutant versus humans bust-up, but ends up with Wolverine going beserko and taking everyone on by himself. True, this within itself is pretty cool to watch, but it’s very frustrating when Singer introduces a character like Colussus, who’s built like a brick out-house, is able to turn his skin into a kind of metal armour and would undoubtedly do some major damage, but who quickly disappears as soon as he promises to do something exceptional.

As well as unfulfilled potential in terms of what certain characters do, Singer’s other problem when it comes to the action scenes is that he doesn’t direct them very well. He is prone to cutting far too quickly, and filming everything too close up. He doesn’t move the camera back and let the viewer wallow in the comic violence on screen, in the same way that directors like Ang Lee or the Wachowski brothers so ably do. Instead, it is as if Singer is lacking in confidence in his abilities as an action helmer, so he tries to get everything over to quickly, rushing it all in the process.

As such, X2 does not provide the kind of immediate cinematic rush that it could have done. However, what X2 is able to provide is a three dimensional world that is not afraid to tackle vaguely complex issues which other name blockbusters would run from as quickly as possible. People will leave X2 feeling both blessed and cursed, having enjoyed the extensive characterisation but disappointed with the standards of action, yet will soon realise that Singer has once again given X fans a slow burner of a movie which when brought on DVD will be lovingly revisited time and time again.