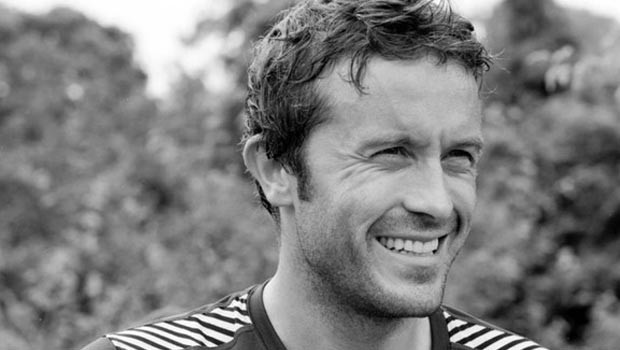 Director Stevan Riley is waiting to meet me in a Soho pub. It feels quite weird doing an interview in a pub – weird in a good way, like having a drink with a friend who you haven’t seen for a long time, and therefore have a lot of catching up to do. And he buys me a drink, which is very kind. So maybe that accounts for the interview being so easy, or maybe it’s due to the similarity in our backgrounds – both grammar school kids who ended up at Oxford University, wondering how they got there. Though my college career was a bit less complicated than Riley’s seems to have been…

‘I started reading Chinese, and then switched to PPE, and then Economics and Management, and then I finished up doing History.’

The choice of subject is relevant as Riley is generally attracted to true stories over fiction: ‘That’s why I chose History in a way; I’m more inclined to pick up a biography than a novel. All those elements of a great story, the drama, and it actually happened.’

Of course it was during his time at Oxford that Riley joined the Oxford University Amateur Boxing Club; and though he’d hung up his gloves, graduated, tried a career in advertising, changed his mind about that and made a film for Channel 4, he remembered his boxing days.

‘Advertising was a good experience which I really valued and don’t think you’d get anywhere else. You get a real overview of the media, liaising with photographers, producing shoots. It gave me a nice springboard into film. I was living with a friend who’d been at film school, and we’d talk about film all the time, and I decided that I was just going to buy myself a camera and force myself out – the camera was only ?3,000 but that was all I had so I had to makea go of it. So we went out to Bosnia and filmed my first documentary which was on the underground music scene in Sarajevo during the war.’

The mental flexibility possessed by someone capable of going from studying Chinese to politics to management to history must have stood him in good stead when it came to making films, for Riley pretty much made Blue Blood on his own, writing, directing, editing and co-producing.

‘On Rave Against The Machine I worked with two friends; even then, with three of you doing everything it’s still a lot of work for a film. But for Blue Blood, because of the budget and the length of the shoot, I couldn’t afford to hire freelancers on their normal day rates for up to eight months. But I also found that my style really helped with the kind of reactions that I got from people – if you’re kind of clumsily loafing about with the camera talking over the top of it, its surprising how quickly people feel at ease when its just one on one. You get those honest reactions from people and a really intimate connection which I don’t think you get with a bigger crew.’

Blue Blood is the story of five Oxford students (Boiler, Fred, Justin, Kavanagh and Charlie) who take up boxing in the hope of being selected as part of the elite squad who box against Cambridge. The Blues – dark blue at Oxford, lighter at ‘the other place’ – are an arcane Oxbridge tradition that probably doesn’t mean very much to anyone outside the two universities, yet Riley manages to make an entertaining, affectionate, and funny film that is revealing about sporting ambition and human nature.

‘I’d been to the Varsity match and knew the event was pretty hardcore, that it delivered a big boxing spectacle. But I can’t help finding the more human aspects, and often the humour as well. So it was interesting how quickly Blue Blood became a comedy as much as anything else. Not like a deliberate piss take but more affectionate and sensitive to the guys.’

Not knowing much about boxing (or sport really) I was surprised by just how tough and sometimes brutal the training that the boys underwent was.

‘There’s a degree of sense in that though: if they did cheat themselves on the runs, or in a sparring session, it’s not like any other sport where you can hide behind a team member. I mean you can get knocked clean out in front of everybody. And it’s not just the fear of being hit in the face – with Boiler’s fight, the real pain for him wasn’t losing, it was more about the humiliation and the dashing of your own personal myth. And I don’t think any other sport does that in quite the same way.’

In one of the more painful scenes in the film, Boiler goes to Sandhurst for his first proper boxing match, and is wiped out by his much more experienced opponent.

‘I kind of knew that, unfortunately, and it was very tricky, because I felt genuinely concerned for him. I’d seen the army guy training with his instructor, who was being lifted off the ground with each punch. These guys are in the army, and Boiler was just dipping his toe in – he thought it was going to be a sort of leisurely prance round the ring, like sparring practice.’

Riley faced a number of challenges on the production, including getting permission from Oxford University to film at all.

‘It was lucky that I’d had some experience with the club, that I’d known Des the coach’s predecessor, and that I wasn’t setting out to rubbish the university name. They were thinking what could possibly come out of this that would be positive. It was pretty much dead in the water until one guy on the faculty became a champion of the project and was prepared to cut me some slack. And then they pretty much backed off.

Students are notoriously lazy and disorganised, even Oxford ones, and sometimes Riley found access to his subjects hampered less by the authorities than by the students themselves.

‘Kavanagh was the bane of my existence. He’d say come over; I was living in North Oxford, so I’d lug my equipment all the way over to Magdalen and his door would be locked, and I’d be left on his doorstep with him not answering his phone. I’d walk all the way back to the house and then he’d ring and say I’m ready now and of course I’d want the shot so I’d go all the way back.’

The five boys at the heart of the film were not the only ones that Riley filmed, but as the varsity match approached he whittled it down to the final five.

‘There were a few more boys but I had a wish list – ideally I wanted the different weights, different temperaments, and the ones who were going to go all the way and make the squad. Because there is a high fall-out rate, I suspect that the camera being there gave a bit more conviction to their ambition too.’

‘Somehow, in the end, there was something admirable about him, because he was so desperate to succeed and he did stick to it. He won best boxer of the night, though he lost his fight, and he actually gave a sort of Oscar acceptance speech to camera.’

When the film was completed, Riley then had to set about selling it.

‘Having had my first film on tv, and another one in the can, I thought I was in a good position, that I can sell myself. And had no takers at all. It’s that brick wall that independent filmmakers face, and it was never going to be as easy as the first time. I was telling people that this was a really good story, that it hadn’t been covered. I’d always wanted a theatrical release and I’d edited it with that in mind, though I never quite imagined it, though you push and push for it. A real highlight was at Tribeca when Paramount Vantage called us in for a meeting and sat us down and said we don’t want to speak to anybody else, we want to take a copy of the film back to LA, and for a bit it was really exciting.

And then it didn’t happen and then Cannes was on the back of Tribeca and you see how you’re suddenly yesterday’s news. But meanwhile we were back in the UK and got this email from this guy at Warner who bizarrely had been given a screener of the film by Meatloaf’s agent. We’d actually been about to do our own self release, and we were actually in the middle of organising it when this email came through saying ‘I’ve seen your film and want to release it in a few weeks’ and it was a dream come true. It was really at the eleventh hour as well because had we actually released it then they couldn’t have re-released. So that was pretty cool.’

Blue Blood has now been released on DVD and Riley is planning his next project, another sports film about the heyday of cricket in the West Indies.

‘It’s not my gig, and I’m not a die-hard cricket fan but if I wasn’t inspired by it, I wouldn’t do it. I want to look at the civil rights movement, and emancipation, the ancillary stories, and find the universal themes beyond the sport itself.’

Blue Blood is out on DVD and download now.