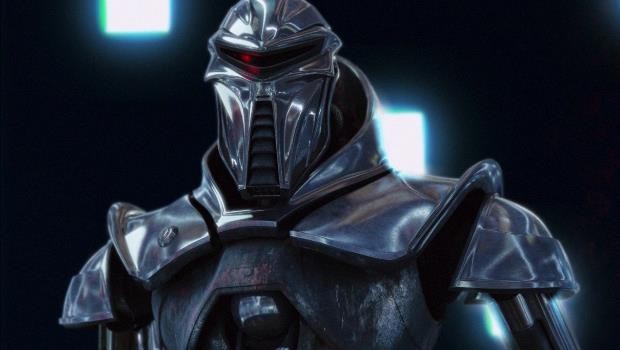 A film festival devoted entirely to science fiction movies, sound like the visionary ramblings of tomorrow? Well, the future is here. Science-Fiction is now cinematic fact because Sci-Fi London has arrived like a visitor from another world, destined to show us things both mind-expanding and marvellous.

In fact, they’ve been among us for some time, Now in it’s third year The London Sci-fi Film Festival describes itself as a “non-geeky” look at all things science fiction and fantasy based. Bringing together rare screenings, short-film showcases, numerous new-movie premieres and the occasional debate, Sci-Fi London crams wildly imaginative material from around the globe into a three-day weekend at the end of January each year.

With over thirty feature films showing across the three days (contrasting edginess with idealism) plus the events that are squeezed in between, you would need some sort of teleportation device to be able to see them all. The greatest minds in the universe could never manage to assimilate so much information so quickly, so like a labour saving electronic device of the future, we cinematic automatons at Future Movies have brought you all the information… surrounding the universal questions. Hopefully we’ll be able to inspire you to take a trip into the unknown and check out the festival… just don’t expect an answer to the meaning of life!

The festival highlights this year range from big budget techno-treasures from the far east such as 2009 Lost Memories, Takeshi Miike’s Full Metal Yakuza and the Philip.K.Dick inspired Natural City to the British premiere of the new Battlestar Galactica TV series pilot episode. Classic sci-fi fantasy gets dusted down in Jim Henson’s Dark Crystal, the seminal Forbidden Planet gets a chance to stand up to many of the recent films that it influenced and an obscure curio-piece from the eighties Android carries with it the existential aspirations upon which science fiction was initially based. Some late night crowd pleasers, including recent gore-laden British films Dog Soldiers and 28 Days Later, balance out the grass roots dissection of a number of short films and the Douglas Adams Memorial Debate provides an outlet for any philosophical musings that the weekend’s starstruck programme may have inspired in the audience.

Making use of every available second with a streak of robotic efficiency that would make Isaac Asimov proud, the festival is famous for its “All Nighters”; Pure indulgence for the fans, these movie marathons, based around a single theme, play long into the night with lashings of red bull and ice cream, plus a breakfast for those brave enough to venture to the outer limits of human endurance. 2002 saw four of John Carpenters’ films and the Alien Quadrilogy make up the programme for these hardcore events, last year a selection of Japanese Anime made up the list. This year Anime makes a return, pitting itself against a selection of overkill Japanese live action films, as if that wasn’t enough there is an alien bug-squashing marathon taking place at The Curzon Cinema Soho with Event Horizon, Pitch Black, Resident Evil and The Thing playing on long into the night.

It may only be a small step for the evolution of science fiction but it’s a giant leap for the British film festival circuit; an independent, specialised event with a popular outlook that provides a quirky, fan-based antidote to some of the country’s more corpulent film festivals.

For further information on Sci-Fi-London 3, including showing times and how to book tickets log onto the official site: