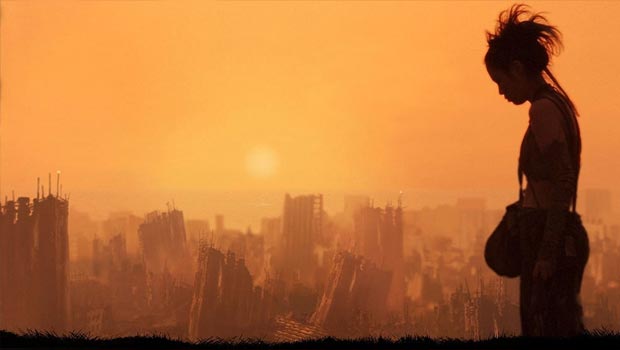 Summary: If only more people had seen Natural City, because this truly is a science fiction classic.

Natural City is an ambitious Korean science fiction tribute to Bladerunner with a well managed budget of only 6 million dollars (considering The Matrix has similar production values costing about $63). The film was a box-office smash but only in Korea. It received very little in the way of press coverage in the UK with the only showing known to this reviewer being at the excellent Sci-Fi-London 3 festival in February 2004. Like Scott’s movie, Natural City too had left some audiences leaving the cinema feeling somewhat baffled around the storyline.

Set around AD 2080 genetic and mechanical engineering has reached a peak where it is easy to modify human DNA, produce clones and combine humans with neuro-chips. A neuro-chipped human clone an artificial intelligence known as a ‘Combiner’, these Combiners have become integral parts of everyday life.

Up until Natural City Science fiction films have tried to give personalities and a soul to machines but the story behind Natural City has a more profound prediction to make. When humans choose to become more like machines and even choose to “love” machines it can become somewhat unsettling.

The film has essentially two storylines and it tends to focus around the romantic relationship between two main characters and the female being a Combiner. She has very little personality but sweet and caring and occasional shows signs of human emotion – I am sure more could have been done to flesh her character out.

The other part of the story is combat oriented and even though some similarities to the Matrix can be drawn it feels far more realistic as you never know who will die in the carnage. The combat takes place between the Military Police and a handful of advanced Combiners who despise living with Humans want their freedom and longevity.

Despite film critics slating storywriter Byung-chun Min he does do a very good job because the makers don’t try to hide the fact that they borrowed ideas from Scott’s movie. Similarities are integrated very well and the special effects and sets are just as atmospheric if not a little too computer game like at the very beginning.

The DVD extras are pretty detailed and lengthy and include a ‘Making of Natural City’ and ‘Location tour with director Byung-Chun Min’. While subtitles on the main feature are preferred having to read them on the extras can be a little laborious.

Just like the foreign science fiction film ‘Open Your Eyes’ remade into the soulless ‘Vanilla Sky’ we will be seeing the same treatment done to ‘Natural City’. While I respect the remakes give the opportunity to appeal to mainstream viewers in that ‘Hollywoodised’ way, science fiction fans who thought Scott’s directors cut a masterpiece and enjoyed films likes ‘Open Your Eyes’ will want to own a copy of this instead.