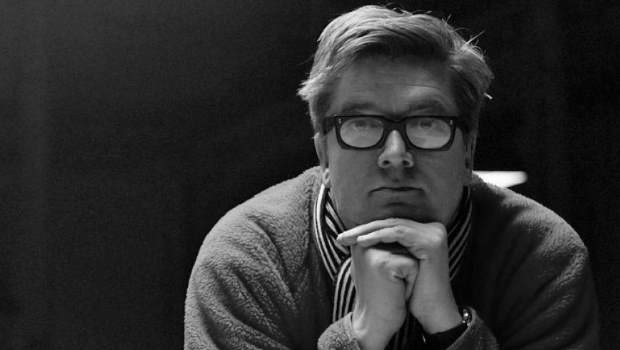 Raising The Stakes For The Vampire Film

Tomas Alfredson, director of Let The Right One In (Låt den rätte komma in), explains ruefully how he nearly missed out on the opportunity of a lifetime: ‘(The book) was just released in the summer and it was given to me by a friend who said this is our childhood and so Swedish and so realistic; and you must read it. I said that I wasn’t particularly interested in horror stuff, but he said this is very grounded, and you will love it. Usually I hate it when people give me books, because I want to choose them myself, so it lay round the house for several weeks before I opened it.’

Luckily for us though, once he brought himself to read the book, he found that everything his friend had said was true; more, that he identified with the story on a personal level that was in some ways unexpected: ‘It’s very true and very sincere, and also the very unsentimental touch of it – sentimentality is something very tricky, especially on film, because if you push it too hard in the face of the audience, it’s not sentimental, it gets sticky, it’s too much. But if you have a very unsentimental approach, it gets sentimental on another level, in the eyes of the audience. And it had that quality. It was extremely sentimental, without being sentimental; that was one of the strongest parts of the story.

When I was that age, I had some problems myself with bullies, and I thought that this is the first time that someone has written something that feels true, someone who has obviously been through those kind of problems himself. It’s a very autobiographical book… except for the vampires…’

Alfredson, in London to talk about the film (which opened here on Friday), has been propelled into the global spotlight by the success of Let The Right One In, which has been universally heralded as a new classic. (The film is currently scored 98% fresh on rottentomatoes.com.) The story of a lonely suburban latchkey kid, 12-year old Oskar (Kåre Hedebrant), who makes friends with Eli (Lina Leandersson), his new neighbour. Who only comes out at night, needs no coat or shoes in the middle of the Swedish winter, and admits to having been 12 ‘for a long time’. The film has trappings of horror, but is also a romance, a coming-of-age story, a school story…it’s impossible to pigeonhole. Sweden has no real horror tradition, as Alfredson explains: ‘I am very uneducated in horror films. I really try not to have too much relations with other films when I make films. I see a lot of films but just as a normal movie-goer, and I try to inspire myself through other artforms than film. Sweden – we have Bergman, but we have no real tradition of horror. For me it wasn’t a horror film or a genre film. The usual thing when you work with a successful book is that you try to get a little bit of everything into the film so that no one will be disappointed but it usually turns out to be a lot of nothing – too little. Too much of too little. So at a very early stage we decided to cut out the fillet – to concentrate on the love story between the boy and the vampire. It’s narrated through Oskar’s eyes now, while the book has a lot of parallel tracks.

Despite the lack of a Swedish horror film industry, it wasn’t particularly difficult to get funding for Let The Right One In, even though it was more expensive than the average Swedish production. ‘We had to have a certain level of budget because it’s so technically complicated; a typical Swedish budget would be two million pounds and this cost three million. But the book was very famous and I had made several other films and television shows before so I was quite well known – people liked the idea of making this film so it wasn’t so difficult to get funding.’

Indeed, Alfredson is part of a film-making dynasty: his father is Hans Alfredson, a Swedish writer/director/actor; his brother Daniel is also a director. He grew up around film sets and was influenced by his father’s methods of working as he tells me: ‘Everything is very written, but I talk a lot when the camera is rolling, giving direction, putting a lot of improvisation in the frame of the text. I don’t let them read the script – I tell it to them, and also we rehearse without scripts, so they learn it by doing not by reading. That’s very important. I’ve been working a lot with children and my father was a director and was very good with children so I had the opportunity to see him work and I learned from him too.’

Working with children is notoriously difficult but Alfredson dismisses this. You just have to understand how they think, he explains: You have to be very sincere, but you cannot make too complicated descriptions of whole sequences to children, you have to be very specific about each scene. If you can make a description that is plausible for a twelve year old, they’re fantastic, if you’re on the same track and if you understand each other. You always have to follow the children’s logic; if they cannot find the logic its impossible to work. But at the same time they are very open for very complicated stuff so you could say ‘you’re the king, you’re the queen and its five hundred years ago and your brother comes in through that door’. And the kids would say, ‘no, that’s impossible, he went out through *that* door, so he cannot come in that door’. So the idea of the five hundred year old kingdom, no problem, because they could imagine that, but it’s impossible for them to imagine that someone could come in through the wrong door. So you have to listen very carefully, if those things don’t work for them. But as long as they understand everything and there is a sort of logic they can do anything. You can speak with children about nearly everything, as long as you keep it simple.’

One of the difficulties of adapting a well-known story is finding actors who fit the descriptions of the characters in the novel. The book Oskar, for instance, is overweight and incontinent; the actor who plays him is by contrast is positively angelic. ‘I try to when casting not to have too specific ideas of the look of the characters, but rather to have some idea of what energy this person has. Its very complicated to put that down on a list, so I try to imagine characters as if they were animals. So if Oskar was an animal, what animal would that be; I saw Oskar as a goat, very slow, strong, determined; and then I didn’t want a kid who would win your heart immediately. I wanted him to be a slow starter. He’s very beautiful but he has a strange appearance too; sort of an ugly duckling.

And it was the same with Eli, the vampire. She would be a person that you would not immediately take to your heart. I thought of her as some kind of a bird; a raven I think. A lot of integrity; quiet, and true.’

Adaptation always entails cutting certain subplots; an interesting choice was keeping the eighties setting. ‘I thought it gave it distance – the stories are very fragile, if you put too much light on it it will crack. If you start asking yourself, why doesn’t the vampire break into a hospital and steal the blood instead of killing people, where are the police, and so on? I thought that if you tell this in a period setting it would give some space for the story. Today you have mobile telephones and faster communication, it would be a big problem for the vampires,’ Alfredson laughs.

Similarly, he changed the emphasis in terms of Hakan, Eli’s elderly companion. ‘In the film its only suggested what he is; in the book he is an outspoken paedophile and I think there are too many films that use that subject matter as a sort of emotional special effect – it’s the worst thing that could ever be or happen! It would be too cheap, I thought, and the matter is too complicated to have just as a subplot and would overshadow the rest of the story. I thought it would be much more interesting to suggest that Hakan is an old outworn lover to the eternal vampire and Oskar, the new lover, is a mirror to him. So it’s a story of the succession.’

The film has been much praised for its beauty and stillness; the snowy landscapes, moonlit woods and muffled sound design contribute so much to its eerie armosphere, but this posed another set of challenges. ‘It was extremely cold – it has to be for it to show on the negative. So we had to shoot in the very north of Sweden and find surroundings reminiscent of Stockholm. we were shooting at temperatures of minus 20 or 30. It was a nightmare really; but it looks nice.’

Related:
Let The Right One In review