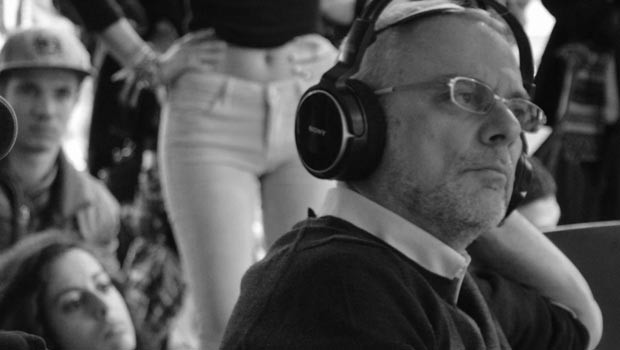 As My Brother is an Only Child comes to DVD, we talk to the Italian director about improvisation, surviving drive-by shootings and not caring about the audience.

Based on the novel Il Fasciocomunista by Antonio Pennacchi, My Brother is an Only Child tells the story of Accio (Elio Germano), a headstrong youth growing up in southern Italy in the 60s and 70s, and his turbulent relationship with older brother Manrico (Riccardo Scamarcio). When Accio is drawn to the local communist party, Manrico follows his parents′ leanings and becomes a communist. As the years rolls on, ideological differences further strain their relationship with each other and their family.

Future Movies: Considering that the chemistry between the two leads was so vital, how difficult was the casting process?

Daniele Luchetti: The most difficult thing was to find the main actor, for Accio, because he was described in the book and in the script as a thug, as an unintelligent boy, as a very muscular man. I looked at a lot of boxers for the actors and I wasn’t happy because every time I found the ‘right’ person he wasn’t so interesting. Elio Germano was the opposite of the character in the script. He’s clever and intelligent, and the idea of having an intelligent character doing stupid things is more interesting. [Accio has] a sensibility that pushes him into the idea of the radical, exaggerated, doing too much, too noisy. The antagonist to this character, the idea of Riccardo Scamarcio, is quite similar in Italy because he does a lot of teenager’s movies; he’s a big star. You feel excluded if your brother is a sex symbol, and he’s intelligent, he’s successful. That’s the character for me.

Neither of the leads lived through the events of the film, so was there anything you did to help them engage with that period of Italian history?

There’s a great sense of fluidity throughout the film. Was there a lot of improvisation on set?

It was very free, but only to do what I wanted! For me it was very important to work on the subtexts. Sometimes trying to reverse the apparent meaning of the scenes, for instance the scenes of fighting, I directed them as scenes of love, and when the brothers fight it’s a scene of love, non-expressive love, untold. Also, the scenes of love between Francesca, Accio and Manrico, are scenes of hate, scenes of fighting, scenes of pain, because Accio loves Francesca, but he cannot explain, so the subtext was pain. I didn’t care exactly to the lines [of the screenplay]. I kept them, but for me it was most important to keep the sensation that the dialogues are improvised.

Why did you choose to shoot so much using a handheld camera?

Usually when you shoot a movie actors are obliged to get positions, and for me [the handheld camera] gives a lot of lenience to the performance of the actor. The director of photography gave me absolute freedom of shooting using natural light, and I kept hidden to the cameraman all the scenes before we were shooting, and asked him to see the scene with the actors through the camera as a documentary. Sometimes we were shooting with two or three cameras, with two opposite angles at the same time, to keep the freshness of the dialogue.

Did you allocate rehearsal time to practice that style of shooting?

No, we didn’t rehearse at all, to keep the freshness of the performances. Sometimes after two or three or four takes I had to change lines because they were getting too precise, and to allow more material for the editing table afterwards. For example, the final scene between the brothers in the cafe I shot for two days, trying at least four different ways to do the scene; the first time with dialogue, the second time with different, political dialogue, the third time without dialogue, the fourth time just talking about stupid things as brothers do. That way, in the editing, I’ve found a thread, and you’ll see something that was similar to the script in the meaning, but not so literal.

What were the challenges in interpreting the original novel?

Yes, it was difficult because the novel is autobiographical and it has no plot, so we had to find one. That was actually the easiest thing because you have two brothers who we haven’t met, and so you have a story between them there. The most difficult thing was to return to the old political discussions, because the book was full of discussions, full of small parties that have now disappeared, and to return to this one, this idea of making the characters talk the whole time about politics – that was the most important thing. It turned out it was impossible to talk about politics and be interesting! Because, if you are real, and you make characters from the 60s talk [about politics] then you cannot understand anything because the cultural references are lost. If you try to make it understandable for today, you are fake, so we cut out a lot.

You sought out people who were politically active during the period as you researched and co-wrote the screenplay. How did that inform the writing process?

Well, the first source [of research] is the book, and the second source was my personal experience. In the 70s when I was in high school we had some political fights that were quite important, and I knew a lot of neo-fascists. Once I was in a bus-stop and I was shot at. They didn’t catch me; they got the wall behind me. It was all so fast, I didn’t understand anything. They passed me in the car and bang! I don’t know if they targeted me. Maybe it was because I was wearing a poncho, as it was a left-wing symbol. I tried to meet some fascist activists [during the writing stage], and usually they were working in the police or in personal security and as bouncers. It was funny and very tragic at the same time, because they believe in an illusion, in a very imaginative world, out of time.

The story has quite a light-hearted tone, despite the exploration of fascist and communist politics from the time. Were you ever concerned that the tone would alienate your audience?

No, not really. We had a lot of ideological movies in this era in the 70s where we had to not show a story but we had to demonstrate something, we had to demonstrate that fascism was a monster, but now we have more distance, we can tell a story about this era without giving judgement. You can just show their feelings. Sometimes you were fascist by chance because your best friend was another fascist, but you weren’t ideologically committed. In honesty I didn’t really care about the audience, because if you think of the audience before the movie you cannot have any sincerity and you cannot predict what the audience will like. The only audience you can reference is yourself.