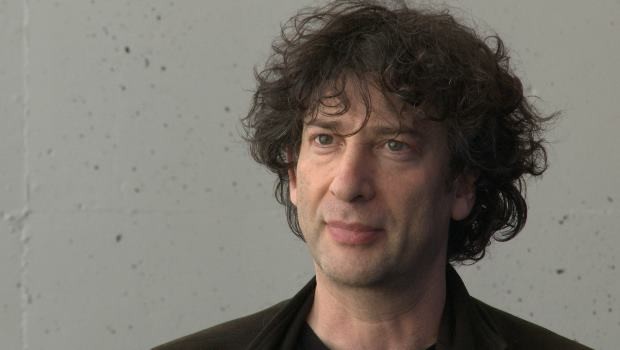 With Beowulf hitting cinemas shortly, we head to San Diego to chat to executive producer and screenplay writer Neil Gaiman about a naked Angelina Jolie, frosty English professors and Gilgamesh…

Angelina Jolie shines on the big screen, but the Beowulf poem didn’t include a naked woman, did it?

What we did when we decided to write Beowulf was to adhere to a theory. Our theory was that at any point where the poem tells you what happened, it’s telling the truth. But if at any point somebody in the poem goes off stage and then comes back saying, “While I was in the other room, this is what happened,” they could be lying.

Exactly. Beowulf heads off after Gwendel’s mother, he disappears for eight days and comes back looking rather exhausted with Gwendel’s head. We thought that he was very unreliable, so we came up with the theory that people can lie – especially in these wonderful sagas where people are forever standing up saying things like: “I am Beowulf and this is just what I did. I killed the mighty beast and the evil hag…” We had enormous fun doing that and still try to play fair as if it was some kind of peculiar game that we are going to be playing with English professors all around the world for the rest of time.

Does this mean you’re expecting hate mail from English professors?

I know that we will get mail in huge quantities. If you think comic nerds can be obssesive when they say things like, “Excuse me, but Jimmy Olsen’s bow tie is traditionally green with red spots and you’re doing blue with yellow here – you’ve just betrayed the Superman ethos.” Well, you just wait until you encounter the Anglo-saxon nerds.

What have they said so far?

When it was first announced that I was doing Beowulf, I’d get comments coming in on my website saying: “I’ve written an essay on the Battle of Fin’s Ford as mentioned in line 152. I trust you will read my essay and in your film you will follow my theory and not that of Professor Wickham…” I would sit there thinking, ‘Oh my god. You people are obssessive on a level that makes comic fans look easy-going.’

Is the languange spoken on screen Anglo-Saxon?

Some of it is. Crispin Glover – as Gwendel – is speaking in old English. We had an old English professor on the set helping with the dialect and pronounciation of words but it was a fine balance to make sure it was at least 60% understandable, so we had to pick words that had aged into English. We also used the device of having Gwendel’s mother speak in a more modern old English accent. He’s saying, “They have mere murdered, mother.” And then she’s saying: “Who murdered you?” It’s that weird Clockwork Orange effect where you kind of understand it after a while.

Did you consciously write it for an R rating in the US?

We wrote it as the story – really not caring if we were R rated or NC17 or anything. But once Bob Zemekis said we were going to try for a PG13, the main agenda became: ‘Take out the word f*****g or any word that resembles it.’ So we went in and modified it. Then the first time we met Ray Winstone – who had only read the first draft of the script – he came up to us and said: “You know, lads, you’ve done a great job on the script. I love it. You know what I really like is all the swearing.” We had to tell him that we’d just been taking them all out and trying to find very, very old English versions of them so that nobody will know they’re swear words. He simply responded: “Oh f**k.” It’s obviously a movie for adults that some young teens can sit through comfortably. A 15 certificate is where it sits most comfortably.

Will there be a sequel?

I don’t think we’d do another Beowulf story because the joy of Beowulf is he dies in the end. I think I can say that without fear of spoilers. Mind you, every now and then we joked about doing Gilgamesh. We’ll take the old Babylonian epic of man’s quest for immortality and put in Angelina Jolie without her kit on because, frankly, I think that could be really good…

An interview with the producer and writers of Beowulf, Steve Starkey, Roger Avary and Neil Gaiman