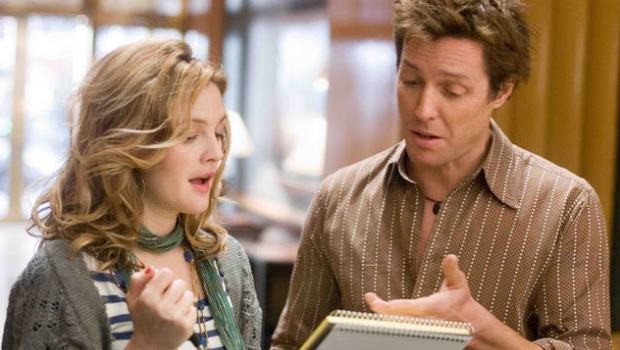 With the DVD release of Music And Lyrics, Future Movies chats to Hugh Grant about the ’80s, Drew Barrymore and turning into a grumpy old man.

Do you still enjoy playing playboys and lotharios all the time, Hugh?

Yes, I quite like it but that’s not the aspect of parts that draws me in particularly. I remember doing Bridget Jones and finding that women were quite drawn to a character who is that much of a bastard – but then women are very, very inexplicable.

Are you going to keep churning out comedies – or maybe try a drama some time soon?

I see what you’re getting at here. From time to time I have experimented with serious roles. I don’t mind doing them, but the film always bombs so you slightly lose heart. There are some people in comedy who have this convulsive need to go off and do something deadly serious to prove they can really act. I don’t feel that same need. I feel defensive of comedy and think it’s very difficult actually. I’ve never really seen the point in me in a serious thing. I’m ok, but I’m not special. If you want deep and serious, I’ve always said get a Fiennes brother or Daniel Day Lewis. I think I bring something to the party that maybe other people can’t bring – that’s my feeling about comedy.

Who are your favourite comedians?

It’s difficult not to revere Ricky Gervais and Sacha Baron Cohen. Those are two of the most brilliant people I think I’ve ever seen in my life. But every decade throws up a new hero for me. Woody Allen was a hero for me throughout most of my life – as well as Steve Martin, John Cleese, The Pythons and Peter Sellers.

Have you ever had a mental block where you’ve forgotten lines and everything has gone out of your heads?

Have I ever dried up? Yes, I dry up all the time. That’s one of my problems. About once every two weeks we’ll be doing a perfectly straightforward scene and I’ll know something’s amiss because one of my armpits will start to sweat like a wolf and my tongue swells to twice its normal size. My brain completely seizes up and I can’t remember any lines at all. I get a tragic brown paper bag which I breathe into because I’m hyperventilating… What a tragic story – and it’s getting worse.

Chemistry in a romantic comedy is crucial… Is this difficult to achieve when you’ve not worked with your on-screen partner before?

I always think chemistry is a weird one. You have no idea – it’s total luck. Very often you do a film and think there was marvellous chemistry but then the film comes out and everyone says there was zip chemistry. Conversely, there are times – like with this film – where you absolutely loathe your co-star and it comes out and everyone says it was marvellous chemistry. Before that gets misquoted, I’d like to say I did of course love working with Drew and I felt we had very good chemistry.

I was sitting miserably in a silent room watching NewsNight. I was living at my brother’s house and he truly has shocking taste. There was wall-to-wall Dire Straits hanging around the place, as well as the Gypsy Kings.

Did you have fun filming the ‘80s pop video for the film?

The real problem with the video was how to make me look in my mid-20s – and they failed dismally. It was a very expensive team of make-up, costume and hair people – but they managed to reduce me from 46 to 45. In the film you see a bunch of mid-20s pop musicians and then this tragic middle-aged Parisian prostitute wearing too much rouge and a lot of semi-visible lifting tape on my face.

Did the film allow you to live out any rock star fantasies?

I have many fantasies but oddly enough the rock star one is not one of them – and it never has been. I’ve always been teased by my friends who think I’m something of a freak because I’ve never been mad about music. Puppet On A String, Godspell – that’s about my entire record collection in a sentence. I’ve never been a big music person and in many ways therefore shockingly miscast in this film. Drew, on the other hand, I would challenge you to ask her a music question that she doesn’t know the answer to.

How did you find the singing?

I couldn’t believe how clever the computers are now. You can literally bark like a dog and it comes back like Pavarotti. It’s unbelievable. I was very happy about that aspect of the production…

Can we expect to see you maybe try out for the Eurovision Song Contest next year then?

Yes, definitely keep your fingers crossed for a Eurovision entry from me. The very first record I ever bought was Puppet On A String, which was Sandie Sure wasn’t it? That was Eurovision at its best!

Was it daunting to perform live in front of all those people during the concert scenes?

It’s amazing what terror of humiliation will do – you just force yourself to do things. You can’t fake piano-playing, so I had to learn to play. Weirdly, I got to enjoy it. By the time, I’d worked like a dog and could play the piece, I found I couldn’t stop. I drove the set mad by playing it over and over again. By that point, the computer flattery had come to make me believe I had a lovely voice as well. So I did a lot of singing for my personal enjoyment too and really enjoyed doing those scenes.

Maybe it all stems back to a good music teacher you had at school?

By coincidence, my teacher was Mrs Lloyd Webber but I wasted that opportunity horribly. I was a tiny child and she made me sit on three telephone directories. I gave up after a week.

Did you enjoy dancing for the crowds in the concert scenes too?

I literally have no dance in me. At 7 o’clock in the morning, in front of a bunch of extras, for the first time in my career I had to resort to alcohol. It had quite a nice day in the end actually.

I’ve been to about three concerts or gigs in my life and I hated every single one of them.

I don’t know what’s wrong with me but literally everything annoys me at the moment. If I’m making a text message and I have to wait – it’s annoying. You know how there are three letters on one button and you sometimes have to wait, I’m almost in tears.

Are you impatient then?

Yes. If there’s a very nice elderly person in front of me in the queue at the post office, I want to throw them bodily to the floor – and that can’t be healthy.