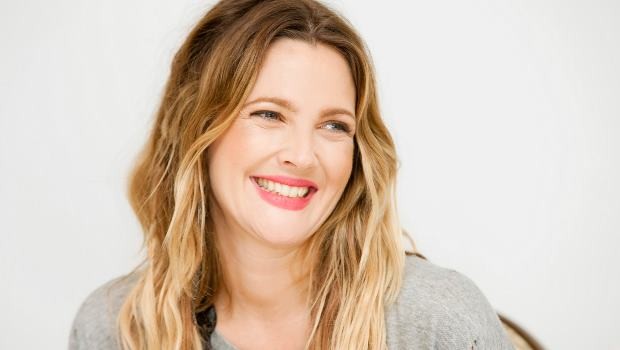 You always seem to be starring in romantic movies at the moment, Drew…

You know what? I’m a sucker for romance – always have been and I always will be. I love reading love stories in literature, in film and in music. The idea of love has got to be what gets us out of bed every day and gets us ready in bed at night, hopeful for the next morning that we’re going to experience love of some description.

So you’re a romantic at heart?

I think that people should be full of romance and poetry and chivalry and know that life is not necessarily a fairytale, but it also is. Fairytales have a lot of darkness in them – as do love stories. They have those ‘it’s not going to work’ moments just like we have in real life all the time. I think that it’s nice to stay striving for the ultimate romance. I mean, what are we supposed to do, throw in the towel? “Yeah, life sucks. I’m never going to lift a finger for my lover and you’re just going to screw me over anyway so I’m going to go ahead and screw you.” That’s not the way to do it.

Are you a sucker for romantic songs?

I just love love songs! I love walking down the beach by myself with my iPod, listening to love songs and belting them out. I love listening to them in the car, too – and weeping to them or being extremely happy and hopeful to them. What would we do without love songs? Life would be so different.

Have you ever written a love song for special someone?

I actually wrote a song during the making of the film Music And Lyrics but it wasn’t for anybody special. It was about certain things from my past, although I’d like to attempt a proper love song at some point soon. I’ve written a lot of poetry about love and you could easily convert them into lyrics I guess.

Do you have a favourite love song?

I have too many to mention. There are billions so I really don’t know where to begin. No wait… There’s a singer named Regina Spector and her love song called Fidelity is beautiful. Recently I’ve been playing it a lot and I love it.

Are you a secret musician at heart?

I love the world of music and I’ve always been around it. My whole life I’ve collected records and gone to concerts. I did date a musician too, so I’ve lived in the world also. But we’re not here to talk about that part of my life…

I’m the worst singer on the planet. I make people cry and vomit when I do so. Saying that, it was so much fun to sing in the film Music And Lyrics. I know that I’m a complete amateur and am completely hideous at singing, but I’d play that song for all my friends because I was actually proud of it. A demo version came out on the CD soundtrack to the film too, so I was so pleased with it all. But then there’s a professional version on the soundtrack too, which puts us to shame. I have to say the whole recording process was very interesting because the gentleman who recorded us got us very comfortable in the recording studio.

What’s the most embarrassing CD in your record collection?

I know we all have guilty pleasures, but I wonder why they’re guilty? Why are we not supposed to like them? If music makes you feel good and it’s fun – so be it. I love alternative music and there are a lot of people in that world who look down on pop. But I say, “It’s fun and it feels good at times so I like it.” Like what you like and have no shame – that’s my philosophy. I like different music at different moments, but variety is the spice of life.

Tell us about the best concert you’ve ever been to…

I went to a Flaming Lips concert in Australia and got dressed up as a giant bear to dance on the side of the stage. It was the most phenomenol experience ever – my top-notch concert-going experience. I was dancing away on the stage with loads of people all dressed up as animals and just had the maddest time sipping from a bottle of alcohol going around the animals. It was crazy – and so cool. I’ll never forget it.