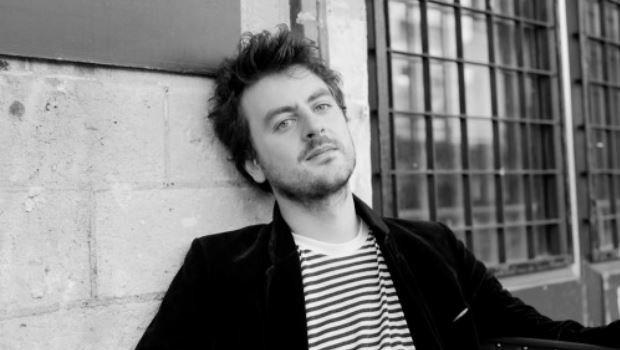 Documenting the surreal: Oly Ralfe on filming The Mighty Boosh

The Mighty Boosh On Tour – Journey Of The Childmen sees Julian Barratt and Noel Fielding followed on their five-month Future Sailors Tour last year. Oly Ralfe talks a trip to Dartmoor and living in the pocket of the comic duo.

Tell us a little about yourself – how did you become a filmmaker and what inspires you?

I’m self miss-taught. I’ve really made films by going out with a camera, inspired at first by photography and music – I’m as much a musician as a filmmaker. I consider myself a bit of a filmmaking outsider as I haven’t worked that much in the TV or film system. But with my last couple of films I’ve been getting into film festivals. I’m inspired by trying to create something personal.

How did you get involved in the documentary?

Julian and Noel liked my first film The Ballad of AJ Weberman about a Bob Dylan stalker from New York and thought it was funny. We’re friends and I’ve been in the Boosh show and book before so these things led them to asking me to make the film.

What approach to the documentary did you take? Did you do much planning beforehand?

A bit of planning. I filmed the opening scene with Rich before the tour. On the tour I didn’t really ask them questions, it was more observational in approach. I tried to capture them like a wildlife photographer.

How long did the tour last? Did you enjoy the experience of touring with The Boosh?

It was nearly five months which was immense. It was a big moment for them. It was great to hang out with them, they’re my friends and I’ve been with them along the Boosh journey.

I filmed a lot over about 30 dates.

How did you choose when to film?

Basically beginning, middle and end of the tour.

The documentary sees Noel and Julian constantly tossing lines for the live show back and forth. Was it like this for the entire tour?

There was less improvising with the show as the tour went on but they were always riffing and creating to make themselves laugh.

How did you decide what to include in the final documentary?

I tried to create a sense of a journey with variety and avoided repetition. Each scene is meant to push the film forward. Also sometimes it was as simple as ‘this bit is funny so it’s going in’.

They are based on my drawings and were completed as animations by Adam Leary. With the Boosh there are no restrictions to where you can go with your imagination so we were very free and I loved doing them.

Did you develop the film as you went or get everything on film and then work with what you got? Or a mixture?

I started editing after the filming was finished. I did a first version and then continued refining the edit after watching it at a few film festivals which worked as test screenings.

How would you describe The Mighty Boosh’s humour?

I think it’s based on the dynamic between Noel and Julian. Together they create something amazing, they’re a classic double act. Also Rich brings a lot of mad energy and brilliance to it.

What’s your most endearing memory from the tour?

They went on a trip to Dartmoor and that was great. They were so out of place! A farmer gave Noel a buzzard’s feather. It was almost like Withnail and I and very Boosh. It’s in the film.

The Mighty Boosh On Tour – Journey Of The Childmen is available to own on DVD now. Read the review here.