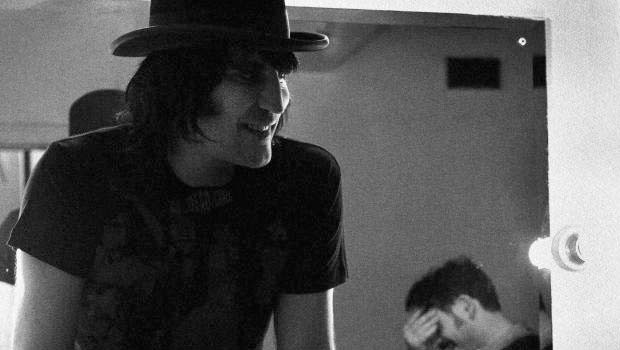 The Mighty Boosh On Tour: Journey of the Childmen Review

Summary: Though I was sceptical whether a documentary could be Boosh-like, I’m pleased to say this is very much tuned into their way of thinking.

Ever the oddballs, Julian Barratt and Noel Fielding’s surrealist humour has won them an army of fans who are happy to watch the pair exchange bizarre anecdotes when they adopt their fictional alter egos of the hapless Howard Moon (Barratt) and the extravagant Vince Noir (Fielding). But you might be concerned this documentary charting The Mighty Boosh on their Future Sailors tour last year would dispel their enchanting double act, revealing far too much of the creative process. Not at all. Director Ralfe captures the spirit of the Boosh with his documentary charting their 99 date tour featuring their supporting characters and taking in public appearances, the last gasp rehearsals and moments which show their funny side is never far from their consciousness.

Due to all the oddball characters Fielding and Barratt create, as well as the presence of Noel’s brother Michael, Dave Brown and Rich Fulcher, The Mighty Boosh is rarely about just the core pair for very long. Journey of the Childmen offers the chance to really see how well their interplay works and whether it’s for the camera or not, you get a very real sense their minds are locked. We first see them hours away from curtain up in Scotland where they are hurried noting down lines – Barratt perched on a chair, Fielding on his knees. They run through their routine under their breath with the odd moment of reminding each other of what comes next or bursting into song. The whole process works in itself as a comic performance.

Backstage moments are often overlayed with the soundtrack to the show on stage with the cast moving around just behind the curtains or making private jokes to each other while on-the-road there are plenty of musings both about life and the tour which are offered as asides. Ralfe does a great job of capturing The Boosh with their guard down or at their most whimsical, no mean feat when you consider how aloof they can be when a whole audience is transfixed by them. There’s a Terry Gilliam-like series of animations and a couple of skits which spice up the film too, while the use of “childmen” in the title comes from an unlikely source. Though I was sceptical whether a documentary could be Boosh-like, I’m pleased to say this is very much tuned into their way of thinking.