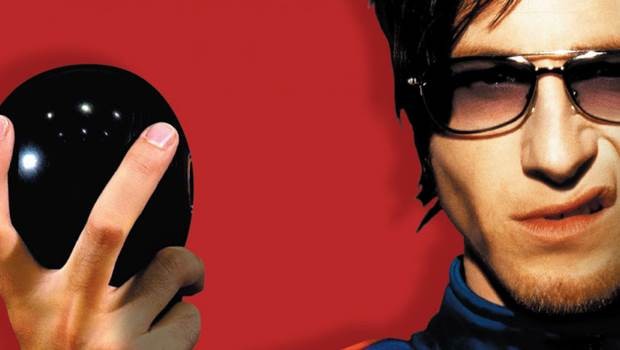 On a bright, late summer Tuesday morning, Future Movies toddled off to a rather swanky hotel in Charlotte Street to see a special preview of the new British comedy Blackball, directed by Mel Smith, and starring Paul Kaye and the rather delicious Alice Evans. As well as a pretty posh lunch, Future Movies were also given the extra treat of meeting Mel, Paul and Alice in a little press junket organised by Icon Film Distribution.

At said junket, Future Movies found out quite a few things (apart from the fact that these press conferences are stitched up by the same old journos who get to ask all the good first questions). We learnt that Paul Kaye (who, after Blackball, will be able to lay his alter-ego Dennis Pennis firmly to rest) is a dyed-in-the-wool Arsenal fan. We learnt that James Cromwell is not only the toughest vegan you’ll see on a cinema screen but has also pledged to bring down the mighty Burger King. We learnt that Bernard Cribbins is one of the nicest people you could hope to meet. (Future Movies are not sure if Mr Cribbins has an OBE, MBE or the like. If anyone knows for certain, write in and tell us, because if not this is a wrong that should be put to right immediately. We might even start a campaign). We learnt that Mel Smith’s next feature is hopefully going to be a psychological thriller set in the Cambridge Fens. And finally, we learnt that if you’re going to buy a new dictaphone from Argos, you’d bloody better make sure you get the right length tapes so that your recording of a press conference doesn’t finish half way through. Bugger.

Anyway, you needn’t worry as we got the important stuff before all those boring old journo hacks started asking their questions. And here it is. (By the way, Future Movies isn’t sure who the Scottish guy was asking the questions at the press conference, so we’ll just call him Scottish Guy).

Scottish Guy: Mel, when did the story of Griff Sanders, the man who is the loose inspiration of the film, come to your attention?

Mel Smith: I read an article about this brilliant young bowler from Devon, who had just been banned from bowls for 10 years, the same day the writer of Blackball, Tim Firth, read the same article,. It was an article you had to read a couple of times to make sure there wasn’t some mistake – maybe 10 months, but 10 years?! In the same article the guy who banned Griff came up with a line which is in the movie – ‘10 years is only a sixth of a bowlers career’.

Tim and I spoke and we thought, ‘is there a film in this?’ It sounded so bizarre and perverse and we thought this bowler must be quite an amusing guy. We met up with Griff Sanders and realised that there was a film in this story. So it’s not loosely connected in that sense, but it has to be said outside of that moment, it’s pretty much fiction.

Griff came to watch it with me in Torquay with an audience the other night and I think he enjoyed the life in the movie more than his own, which I think was slightly more dull, funnily enough.

SG: Although Griff did write ‘tosser’ on a scorecard, didn’t here, as is done in the film?

Mel Smith: Yes, although in our case he wrote ‘Mr Speight is a tosser’ which I think you will agree is worth a ban of ten years – at least it is in my opinion. He also used to eat fish and chips when he was playing and used to pretend to be drunk. After a few years he must have got so far up their (the bowling club’s) noses they were just dying to get him out.

Paul Kaye: And now they hate him even more.

Alice Evans: I was very happy about it actually. I had 5 or 6 very intelligent, good looking, charismatic men around me.

SG: And then you met the actors

Alice Evans (Laughs). I tried to imagine what Kerry was like, tried to go about being Kerry without thinking about what was happening between the rest of them. But it’s funny when you look at it, because there are all these strong characters and then there’s me.

Alice Evans Thank you! Well, it was very enjoyable anyway.

SG: Paul. Bowls. What did you know about it before?

Paul Kaye: (Sarcastically. But in a nice way) It’s a game I’ve been dying to get stuck into for many years. I was very good at doing that (mimes the bowl release motion) and then as soon as it went out of my hand it was someone else’s problem. I was good at smashing them, but I wasn’t good doing the bending stuff.

SG: Mel, does this mean that it was only thanks to wizardry of a movie nature that made it look like this young man was any good at all?

Mel Smith: I have to tell you that one of the bits of ‘wizardry’ were these bowls made with a sort of rod attached. You know those things they push to put the yellow lines on the road? Well, we got this guy pushing this bowl along with a rod, and we film it. It was very embarrassing showing people early cuts of the film because the rods were still in, which was a bit desperate. And then we used the ‘wizardry’ of computer-generated imagery to get rid of the rods.

Paul Kaye: We were constantly encouraged to play at lunch break but they made these rubber moulds of the bowls so I could do keepy-ups with them, and we just ended up playing football.

Mel Smith: And because you’re pretty good with a ball at your feet, it did mean that all the brilliant stuff Paul did with the bowls, he actually did do.

Alice Evans He did, and he was very impressive.

Mel Smith: Saved us quite a few thousand quid.

SG: Alice, did you join in with any of these lunchtime bowling tournaments?

Alice Evans Well they hardly happened. I watched. I spectated. I practiced being a good bowls spectator. From my trailer.