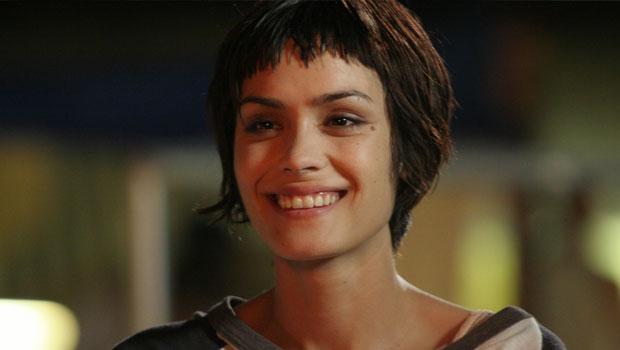 Summary: A festival hit, it deserves to find an audience.

I was prepared to cordially dislike Wristcutters, as it seemed like the kind of potentially maddening film that the word ‘quirky’ was invented for. But it surprised me by being a sweet and affecting paen to the power of love, which can be found even in the oddest of places.

It opens with Zia (Fugit) cleaning his studio flat. He dusts and polishes and makes the bed and then he goes into the bathroom and slits his wrists (see – that’s where the title comes from). But death, for Zia, is not the end. He wakes up in a strange, grey, dusty place that isn’t a million miles from his old life, just, if anything, more boring. This new world is reserved for suicides; their chosen methods of death are revealed on their bodies, and they cannot smile. Nonetheless Zia makes a life of sorts for himself – he gets a job in a pizza place and shares a flat with an anally-retentive Austrian who expects him to sit down when he pees.

Zia is missing his girlfriend, Desiree (Bibb). Though it was breaking up with her that led to his suicide, he can’t help but remember happier times. So when he finds out that she has killed herself, he sets off to find her with the help of Russian oddball Eugene (Whigham) and Mikal (Sossamon), who is trying to find the people in charge; as far as she’s concerned, there has been a mistake. As they drive around, they discover just how peculiar this world is; a place of tiny miracles and wonders.

Wristcutters isn’t the most comfortable title for a film but don’t let that put you off. It’s actually a gentle, oddball romantic comedy set in Limbo, with tender performances from the cast. A festival hit, it deserves to find an audience. Patrick Fugit’s performance as Zia, confused and a bit bumbling, carried me along with it, and the melancholy humour is wry and appealing. Shannyn Sossamon, who doesn’t seem to age, seems to have also learned to act somewhere along the way (for a masterclass in awful acting, see A Knight’s Tale). Tom Waits, always good value, pops up as a sort of head of a commune, worrying about his stolen dog.