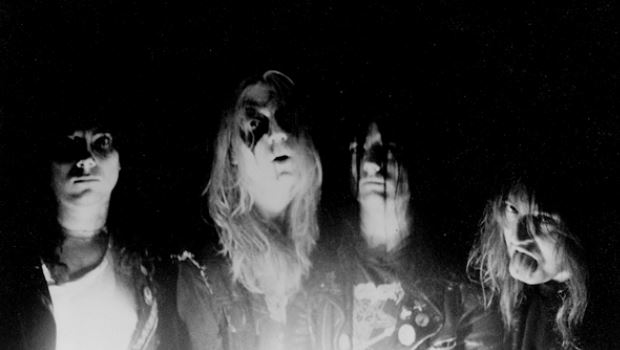 Until The Light Takes Us Review

Summary: I never felt that the film got under the skin of the characters, or gave me much insight, and it certainly has none of the charm of something like Anvil

I should preface this review with a disclaimer: I am not and never have been a heavy metal fan and Until The Light Takes Us was my first encounter with the phenomenon known as Norwegian Black Metal. I also understand that Jackson Rathbone of Twilight fame is in talks to star in Lords of Chaos, a fictional depiction of the black metal scene, to be directed by Japanese filmmaker Shion Sono; a rumour that is causing a great deal of rage, anguish and gnashing of teeth in the blogosphere. So what is Black Metal anyway?

Back in the 1980s, there emerged from Norway a dark subset of heavy metal which became known as Black Metal; leading figures on the scene included Fenriz of Dark Throne, Oystein Aarseth (aka Euronymous) and Varg Vikerne (aka Count Grishnackh; if you sense nods to Tolkien that’s no coincidence). They were united not only musically but in a certain political and philosophical outlook; they believed in a native Norwegian culture which they believed had been crushed by the coming of Christianity. Varg’s band, Burzum, sing of pagan worlds, dying forests, forgotten gods. So far, so harmless; why the need for a documentary?

Unfortunately someone in the movement – and the film never really makes it very clear how it began or why exactly it kept happening – decided to put their money where their mouth was and began burning down churches, which they saw as a form of oppression of their own culture. Vikernes was linked to the church burning, though he has since denied it, and was charged with the murder of Aarseth. Both Vikernes and Aarseth seem to have been thoroughly unpleasant human beings – when a friend, ‘Dead’, committed suicide, Aarseth took a photo of his corpse and used it as the cover art of his album Dawn of the Black Hearts, and allegedly wore a shard of Dead’s skull as a pendant. It’s not clear that twenty-one years in prison has mellowed Vikernes, though he has at least stopped wearing silly make-up.

I have to admit that I didn’t really see the point of Until The Light Takes Us (great title by the way), not having a great deal of sympathy with the protagonists or with their music. The most balanced person portrayed is Fenriz, who is your classic leather clad tattooed long haired leather wearer; he seems likeable enough and makes it clear he was only really interested in the music. Vikernes is, if anything, even less pleasant than he appears here – check out his entry on Wikipedia for a bit of background. I never felt that the film got under the skin of the characters, or gave me much insight, and it certainly has none of the charm of something like Anvil: The Story of Anvil, which I also expected to hate but which I found touching and hilarious. Maybe I lack patience with this kind of rebellion; maybe I just don’t find Satanists any more interesting than Christians. However, I should add, kudos to directors Audrey Ewell and Aaron Aites for getting the film into UK cinemas.