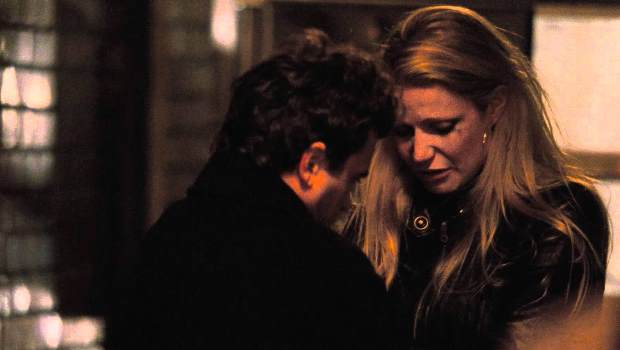 Summary: Two Lovers is unusual; it is quite messy, feeling more like a play than a film.

Leonard (Phoenix) keeps trying to kill himself. The fact that he is living in his affectionate but smothering parents’ old-fashioned Brooklyn apartment and working as a delivery boy for the family’s dry cleaning business goes quite a long way towards explaining this, if you ask me, but Leonard is actually clinically depressed following the end of his engagement. He seems to have very little going for him until he meets Michelle (Paltrow), his beautiful neighbour. Sleek and blond and upper crust, she is like a lily on a dung heap, totally of place in Leonard’s working class world.

In the meantime, his wanting to be helpful but mostly just annoying parents (Rosellini and Monoshov) are keen to set him up with Sandra (Shaw), the sweet girl-next-door and daughter of the businessman who is buying the family business. Leonard initially resists the familial pressure, but as he gets to know Sandra he realizes that she has hidden depths. Unfortunately they’re less appealing than Michelle’s glamour; Leonard is drawn to her like a helpless moth to a flame, even when she reveals that she is having an affair with a married man. Torn between the two women, Leonard must decide where he belongs.

Gwyneth Paltrow is one of those actresses who, despite being a star and having won an Oscar and all, no-one really seems to like, so I was surprised by her performance here. As the slightly flaky Michelle, for once she seems to be having a bit of fun in a role (her character takes drugs, goes clubbing, has sex, and exposes a boob! quite some way from her prissy persona in English period dramas). She is well-matched by Phoenix who despite playing Leonard as something of a village idiot still retains a mysterious charm mixed with desperation… I did cringe when he started break dancing in the club scene. Despite all the medication and slightly melodramatic, this is a familiar situation to all of us – do you follow your head or your heart? Leonard knows what he should do, what his family wants him to do, what makes sense. But it feels almost like an arranged marriage – once he steps on that conveyer belt there can be no getting off – and Michelle offers him the promise of something more, even if that something is a broken heart.

We like to think of America as a classless society but James Gray’s perceptive script shows how this is no more true today than it was in Edith Wharton’s time. Leonard and Sandra are from the same working class made good, Jewish immigrant background; Michelle is a patrician and her boyfriend Ronald is a partner in a law firm. When they arrange to meet for dinner in a swanky Manhattan restaurant Leonard is clearly uncomfortable; he has never been to the opera and in order to impress Michelle buys a ‘top ten great opera moments’ CD.

Two Lovers is unusual; it is quite messy, feeling more like a play than a film. It takes time with characters and sets them up in situations that test them and expose the kind of people they really are. We know that Leonard is going to ditch Sandra the minute Michelle comes back into his life, but we don’t know how she will react; we think we know how Leonard’s mother will react to his news but she confounds us. To a great script add excellent performances and just hope that Joaquin Phoenix’s odd behaviour on Letterman hasn’t ruined the film’s box office potential.