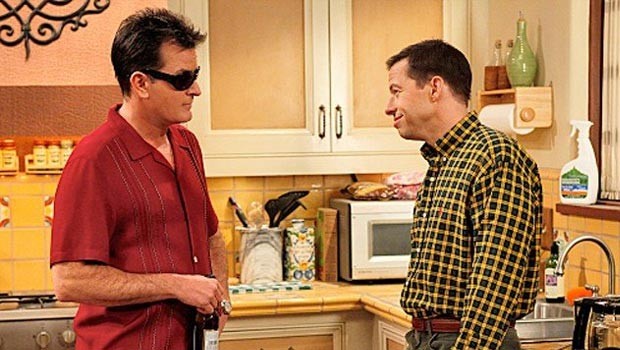 Two and a Half Men Season 8 Review

Summary: Continues in a similar vein to any other series of the Emmy-award winning and Golden Globe nominated show.

The well-documented departure of Charlie Sheen from the cast of Two and a Half Men has already been revealed to have brought his character’s demise at the start of season nine. Charlie Haper, the jingle-writer who spends all his time thinking and talking about drinking, women and sex, will be no more – this will always be the last series his brother Alan (Cryer) has to put up with the incessant bad influence on his son. Ashton Kutcher will be introduced in season nine, so how does season eight shape up given Sheen was unexpectedly cut.

The answer is Two and a Half Men continues in a similar vein to any other series of the Emmy-award winning and Golden Globe nominated show, only it’s impossible to watch without wondering how much of the real Sheen is in his iconic Harper character. So much of his personal life could be said to be replicated on-screen as he drinks his way though hazy days that see his nephew Jake (Jones) becoming old enough to get up to many of the antics he does – though he has issues with his father at the start when he finds out about Alan seeing his best friend’s mum Lyndsey. This sub plot takes second place to a main storyline involving Charlie’s former neighbour Rose staging a fake wedding to make him jealous. It’s all standard Two and a Half Men fare if it wasn’t for the hype surrounding Sheen’s exit and makes for more interesting viewing for fans and those who will lap up the underlying signs of tension on set.