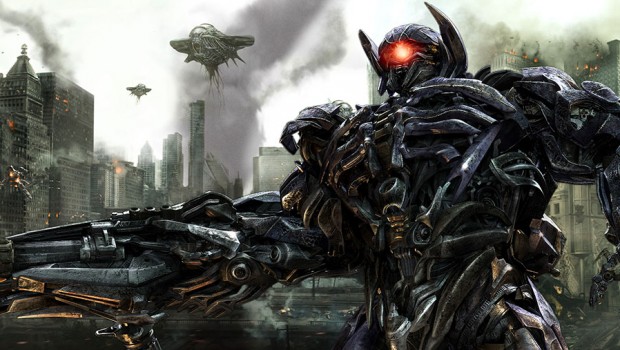 Transformers: Dark of the Moon Review

Summary: It still has the catastrophic faults that plagued Fallen, but some noticeable amendments make Dark of the Moon not only palatable but occasionally jaw-dropping.

It was at the 2009 Edinburgh Film Festival where I had the worst cinema experience of my life. With three hours to kill and nothing on the festival programme, I chose to watch Transformers: Revenge of the Fallen. The first Transformers movie was a pleasant surprise, unexpectedly funny and with undeniably impressive special effects and action sequences. I didn’t expect, a few years later, to be particularly affected by its sequel. I was. Two and a half hours later I emerged from The Odeon shaken and sickened, pummelled and pugnacious. Fallen was a non-stop barrage of crashing robot-on-robot confrontations, migraine inducing inanity, barely disguised racism and misogyny and indecipherable action sequences and story. I felt nauseous at the barrage of metal and shit I had just unwittingly skydived into and physically sick with shame as a film fan – I’m at the Edinburgh Film Festival and I’m watching this?!

So what of the third in the trilogy? Well it may have been the complimentary 3-D glasses and popcorn I received at the free advance screening, but something made me warm to it. It still has the catastrophic faults that plagued Fallen, but some noticeable amendments make Dark of the Moon not only palatable but occasionally jaw-dropping. And three action sequences in particular steal the breath.

Firstly is the admirable restraint that Bay shows in the film’s opening act. The problem with Fallen was that its chief selling point (robots battling each other) quickly became tiring to watch. Here there is a bare minimum of mechanoid action in the first hour, screenwriter Ehren Kruger clearly aware that we’d had enough of that sort of thing after two minutes last time round. Unfortunately, we do have to put up with Sam Witwicky (Shia LaBeouf) moping – he lives in a fantastic apartment, with an unfeasibly attractive new girlfriend and he needs a job. Tragedy. The dialogue is truly appalling, unstable verbal islands there to hop characters from place to place before things really take off. New supporting characters make appearances. John Malkovich and Ken Jeong are clearly having a ball as Sam’s pedantic new boss and conspiracy theorist co-worker respectively and the recurring John Turturro’s disavowed government crackpot (“Section 7, formerly 8”) is always welcome. But it pains the stomach to hear Frances McDormand (as a CIA high-up) saying the things she does and model Rosie Huntington-Whitely as Sam’s girlfriend is a huge misfire, convincing neither as a car enthusiast or a UK embassy official (this prompted laughs).

The inexplicable, unwieldy narrative staggers with its brazen incomprehensibility as it clambers forward: characters are in DC one minute, then the Ukraine, New York the next, then Chicago without changing clothes or splashing water on their faces; the military (led by the indifferent Josh Duhamel) track down leads with ease seemingly within one day and are often beaten to the punch by Sam anyway; the robots now seem to bleed when they rip each other’s heads off (red diesel, perhaps?) You try to ignore the glaring inconsistencies but, despite yourself, it won’t let you.

However, some crucial elements save the picture from total oblivion. The premise (the moon landings were a smokescreen for the investigation of a crashed Transformer craft) is a clever invention blending historical footage with re-enactment Zelig style, though it takes a turn for the morally dubious when the disaster at Chernobyl gets unnecessarily tangled into the plot. The comedy quotient has been upped as well, some genuinely funny lines and physical comedy emerging from the mess (a moment where LaBeouf kicks his uncooperative car repeatedly as his girlfriend’s dashing boss looks on is nicely captured in close up). And the action unexpectedly raises the bar once more. The first major set piece (a freeway chase – Bay’s trademark) sees a trio of canine Transformers closing in on the protagonists. The camera slows down, the CGI is much, much clearer and Bay captures the fluid movement and destruction of these robotic beasts with a new excitement and something approaching…well hell, I’ll say it…grace. The finale (as downtown Chicago is demolished by the Transformer realm) is a showstopper. Within this, the sight of winged marines soaring towards the battle from overhead planes (effectively enhanced by 3-D) will leave you with lock-jaw and some respiring to catch up on, as will the sight of our heroes slip ‘n’ sliding down office block floors as the skyscraper they’re in teeters and topples.

But the most astonishing element of the film is Labeouf’s performance. It’s no secret the actor was unhappy with Revenge of the Fallen and here his acting is so aggressive it’s either a masterpiece of blockbuster thesping or life meeting art via intense self-loathing. When he’s required to shout at someone (often) his head goes beet-red and he launches, verbally and physically; you fear for the safety of any actor or special effect unfortunate enough to be in his path. It is the sight of a man at the end of his professional tether, yearning for something else, riled with himself for going through this shit again. It must be seen to be believed – a wonder of cinema.

As for the film, it’s ultimately more of the same. But there are things here you haven’t seen before and that might make it worth the price of admission.