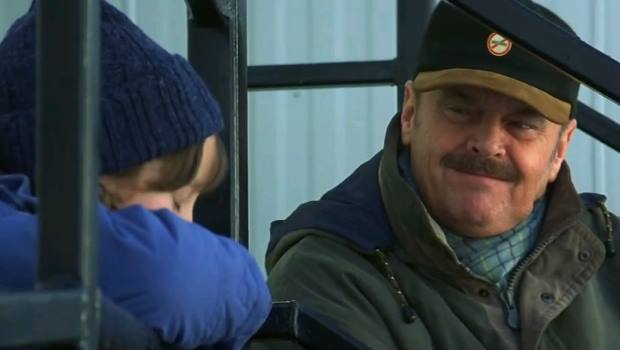 Summary: “The Pledge” is a solid piece of filmmaking, fleshed out by a number of believable and sorrowful performances.

The Pledge stands as proof that very fine actors can adopt the role behind the camera and produce work shot through with maturity, complexity and innovation. Sean Penn’s third directorial credit (after “The Indian Runner” and “the Crossing Guard” which also starred Jack Nicholson) is a gentle epic, permeated with moments of melancholy and misfortune.

Jack Nicholson handles the lead role of retiring, loner cop Jerry Black, with his typical assured aplomb, it seems that Penn is able to draw on all of Nicholson’s powers as an actor without all of the shadow of superstardom that has marred some of his performances since the 1970’s.
He presents the burned out and ageing bachelor, resigned to eternal loneliness after the one thing he clings to (his career) abandons him, with genuine pathos. This is a very different persona plucked from the Nicholson character database. Without any bravado or hubris, the character of Jerry Black is bitter-sweetly conveyed as quiet, dignified and determined. His solitary existence is given renewed definition after his retirement from the police force in an obsessive hunt to find a serial child murderer who has been at large for a decade. His paranoia fuelled search brings him into contact with single mother (Robin Wright-Penn, looking distinctly haggard) in a small Nevada town where he suspects the perpetrator to reside.

The subsequent quest brings Black into contact with a variety of characters, a multitude of potential suspects and, increasingly, red herrings as desperation turns to delusion. Penn assembles an interstellar cast, including Sam Shepard, Helen Mirren, Mickey Rourke and Benicio Del Toro for a number of well-judged cameos. Del Toro, in particular, stands out in the unrecognisable guise of a native American suspected of the horrific crimes. His performance is burgeoning with awkwardness and extreme fear, conveyed in nuance and physical appearance.

Indeed it seems that one of Penns’ great strengths as a director is the generosity he affords his cast. Each cameo performance, though somewhat self-conscious, is autonomous; allowed to exist almost in a monologue format. “The Pledge” is very much a who-dunnit thriller in a fairly conventional form (in terms of narrative) however it is as much an exploration of characterisation, particularly the central role, as the pacing and tone of the narrative is assembled around the drawing out of psychological insight through dramatic performance. In this way Penn draws direct comparisons with John Cassavetes.

Penn’s camera examines the contrasting seasonal weather changes of the Nevada landscape. Winter is a bitter snowstorm, whilst summer is a parched desert of dust and alpine lakes. Whilst the plot has enough going for it to keep you intrigued throughout, including a genuinely unconventional resolution for a film of this genre, despite the somewhat slow and drawn out pace that permeates it.

“The Pledge” is a solid piece of filmmaking, fleshed out by a number of believable and sorrowful performances, and whilst not challenging the Hollywood norm wholeheartedly it certainly adds a degree of intelligence and heart to the genre. however one feels that the paint-by-numbers ease of the crime thriller is merely a template to allow a more thorough exploration of characterisation, than is usually afforded to The Hollywood standard of the 21st century.