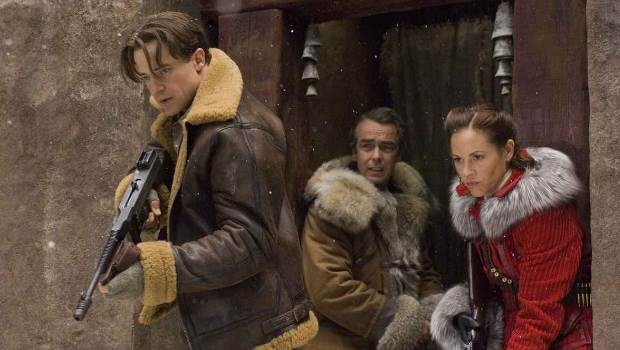 The Mummy: Tomb of the Dragon Emperor Review

Summary: It’s a short distraction for kids who’ve already seen Wall-E, but otherwise it seems Cohen may have finally killed the franchise.

Considering Indy has finally whip-cracked his way back into cinemas within the last few months, the latest Mummy instalment might struggle to find an audience this summer. One thing is for sure, though; part three may not offer fresh material as its trump card, but it’s doubtful there’ll be another film this year that features the bizarre spectacle of Yeti stretcher-bearers.

Anyway, the basics: while Rick O’Connell (Fraser) and Brit wife Evy (Maria Bello) endure retirement in the post-war Oxfordshire countryside, grown up sprog Alex (Ford) has acquired his dad’s square jaw and is busy digging up the tomb of the titular dragon emperor in China. A despot of the ancient world who made Genghis Khan look like Gandhi, the emperor is cursed to an eternity in stasis as a terracotta warrior. It’s not long before he’s woken and Alex needs his parents’ help to stop his plans for world-domination.

It’s been seven years since The Mummy returned, and not much has really changed. Original director Stephen Sommers has stepped back to a producer role, perhaps still reeling from the visual effects embarrassment that was the Scorpion King in the last outing. Rob Cohen picks up the baton and sinks into the director’s chair, but the man who gave us Stealth, Vin Diesel vehicle xXx and the original Fast and the Furious, delivers little more than a continued flair for distracting visual effects. It’s a little like trying to improve a Paul WS Anderson movie by bringing in Brett Ratner.

The film is at its most entertaining when the set-pieces distract from the Indiana Jones-lite tale of ancient curses and springs granting eternal youth. With stunt legend Vic Armstrong running the second unit the solid action belts along at a breathless pace and makes for a string of pretty entertaining set-pieces marred only by Fraser’s painful one-liners that will make anyone over the age of ten cringe. Surprise leading lady Maria Bello, filling in for Rachel Weiz, nails the Brit accent and has fun doling out the ass-kicking as she wields firearms with her tongue firmly in her cheek. As such she makes up for walking plank Luke Ford, whose Aussie soap background needs the guidance of a better director to develop a proper film career.

Perhaps the biggest disappointment, however, is Jet Li. When the film is effectively sold as The Mummy with kung fu, to find he gets so little screen-time seems a bit of a con. According to the press notes, Li “wasn’t available” for the whole shoot. As a result, the star spends much of his screen-time encased in a CGI skin of cracked terracotta while he watches from the sidelines, or shape-shifting into various beasties that Cohen tries to convince us are more exciting than the man himself.

It’s a short distraction for kids who’ve already seen Wall-E, but otherwise it seems Cohen may have finally killed the franchise.