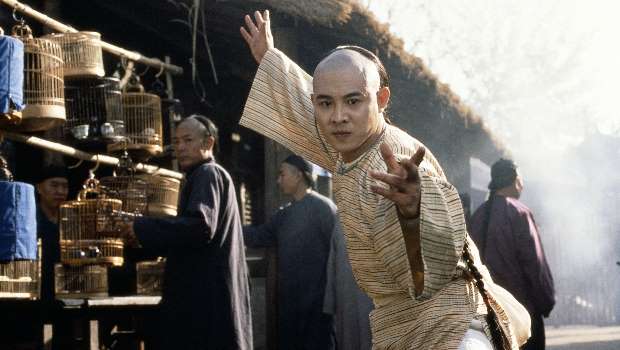 The Legend of Fong Sai-Yuk Review

Summary: The Legend of Fong Sai-Yuk is possibly the best example of why Li is held in such high regards among fight fans.

While Jet Li runs around shooting the bad guys with new friends Sylvester Stallone, Jason Statham and Dolph Lundgren in The Expendables, it’s worth remembering his martial arts skills once took centre stage in any film he starred and there was a distinct lack of guns. Li’s an incredible martial artist and in his prime was celebrated for his speed and power. Before he went off to Hollywood to seek fame in America taking a villainous role in Lethal Weapon 4, he had been playing the hero in Asian fare such as The Legend of Fong Sai Yuk – one of his classics from back in 1993 directed by The Transporter director Corey Yuen who so often captured Li at his best.

Set in China’s Ching Dynasty, The Legend of Fong Sai-Yuk sees Li play a young folk hero Fong Sai-Yuk, the son of a freedom fighter battling a ruthless emperor who enslaves his people and persecutes anyone who stands against his ruthless regime. When Sai-Yuk learns that his father has been targeted for retribution he sets out to unite his people and bring them freedom by preventing a list of secret society members getting into the hands of the emperor. Li’s Hollywood output has so often cast him in a serious role but here he is on fine form as a jovial hero, cheeky to the opposite sex and akin to Jackie Chan’s style of clowning around between fights. There’s plenty of amusing interplay between him and love interest Ting Ting (Michelle Reis) while the story provides ample of opportunities for Li to bash the baddies into submission.

It’s the fight scenes that really make The Legend of Fong Sai-Yuk such a hit, even now the use of wires is far more prevalent than ever in modern moviemaking. The innovative situations, such as Li battling an assailant while both are held up by supporters or climbing on elaborate bamboo structures makes for unique bouts. Li throws himself into every scene and though there some iffy moments editing at times, his martial arts skills are expertly captured giving a real feel for his talents. The Legend of Fong Sai-Yuk is possibly the best example of why Li is held in such high regards among fight fans.