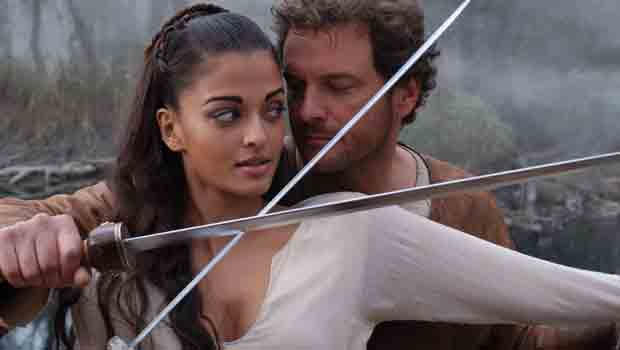 Summary: Just because something is for kids doesn't mean that the critical bar should be lowered or that its fine to give them rubbish.

Arthurian Legend seems like perfect fodder for filmmakers. No copyright, for starters, and a nice messy lot of mythical rambling – quests, mysterious Grails, swords, wizards, arms clad in white samite, mystical Ladies in Lakes – that in theory should be easy to adapt and make into exciting films, like Frank Miller’s 300, reworking the Battle of Thermopylae as a crazy, bloody CGI-fest.

So what do we get? Antoine Fuqua’s leaden King Arthur, setting out to deliberately kill the magic and root Arthur in the muddy reality of a world where Celtic Princesses went to Roedean. And now The Last Legion. Admittedly, clearly aimed at a family audience, but failing miserably to deliver excitement on any level.

The Last Legion is the story of Romulus Augustus (Sangster), last Emperor of Rome, and of the legendary sword Excalibur. The year is 476AD; the last days of the Roman Empire. The Goths are at the gates. In a desperate attempt to shore up the failing force that was Rome, Romulus’ father Orestes (Iain Glen), commander in chief of the army though not Emperor himself, arranges to have Romulus crowned, One of the witnesses to the coronation is the Barbarian general Odoacer (Peter Mullan), who proposes a deal with Orestes; his support for Rome in the East in return for chunks of Roman territory; Orestes refuses.

On the day of the ceremony, with Rome gathered to watch the proceedings, Ambrosinus (Kingsley), Romulus’ tutor, predicts danger; Orestes, concerned, appoints Aurelius (Firth) to be the leader of his personal bodyguard. That night, the Goths, led by Odoacer attack Rome, killing Orestes and his wife; Romulus is captured along with Ambrosinus and taken to Capri, the island fortress built by Tiberius. It is here that Romulus finds the legendary sword of Caesar, bearing the inscription ‘One edge to defend, one to defeat. In Britannia was I forged… to fit the hand of he… who is destined to rule.’

Luckily for Romulus, Aurelius is still alive and sets out to rescue him, accompanied by his most loyal men and a mysterious Byzantine warrior, an expert in every kind of fighting, Mira (Rai). With their fighting skills and Ambrosinus’ cunning, Romulus is freed, but there is no safety for him anywhere – their only hope is to reach the last loyal legion – the Ninth. In Britannia.

What a load of tosh, I thought derisively, before being put firmly in my place by a quick Google. Romulus Augustus was real, and was (one of the) last Emperors of Rome, his father really was Orestes, he really was the commander of the Roman army. Oh well. I learned something new at least. Sadly, though the film may be historically accurate up to a point it’s still a load of tosh, with the clean cut Romans bullied by smelly Goths who for some reason are played by Scottish actors, including Kevin McKidd, ironically last seen as Lucius Vorenus, a true son of the Republic. Anyway, it turns out that the last Caesar is the Pendragon, and Caesar’s sword is Excalibur, and a Greek tutor is actually Merlin.

Someone said to me, oh but you’re being unfair, it’s a kids’ film. This makes my blood boil. Just because something is for kids doesn’t mean that the critical bar should be lowered or that its fine to give them rubbish. Kids are just as capable of discernment as adults; it’s the cinematic equivalent of a happy meal – actually, that would be Underdog, or Alvin & The Chipmunks, both of which are much, much worse than The Last Legion, to be fair. Its just depressing when there are really good Arthurian stories, for kids, like Rosemary Sutcliffe’s The Lantern Bearers and its sequel Sword at Sunset, which would make great movies, and keep the connection to Rome.