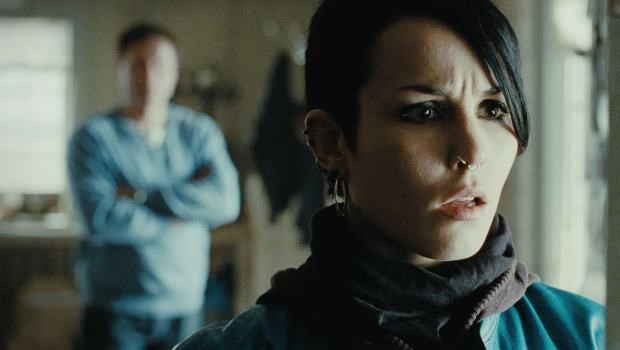 The Girl With The Dragon Tattoo Review

Summary: An enjoyable peek at the nasty underbelly of society.

Journalist Mikael Blomkvist (Nyqvist) is facing prison for libel when he is approached by a reclusive millionaire industrialist, Henrik Vanger (Taube), to investigate the mysterious disappearance of his niece Harriet (Froling) many years earlier. Vanger assumes that Harriet is dead, and believes that a member of his own large and disfunctional family is responsible. Uncovering a number of skeletons, Mikael discovers Nazi connections and clues in Harriet’s bible, as well as old newspaper cuttings and family photographs, but cannot make sense of the puzzle, until he gets a mysterious email showing that the clues relate to unsolved murders with a religious theme.

Tracing the email, he discovers that the sender is Lisbeth Salander (Rapace), a genius computer hacker and borderline sociopath employed by the detective agency who investigated him for Vanger. Lisbeth has the mind of a codebreaker, and working together she and Mikael discover a dark world of secrets and deception. As they get closer to the killer, and to each other, they must fight for survival.

The Girl With The Dragon Tattoo, based on the massively successful novel by Steig Larsson, certainly gives the lie to the idea that Sweden is a socialist paradise populated by gorgeous six foot blond Vikings….instead we have a bunch of frankly sleazy and damaged people – and they are the heroes of the piece! In Lisbeth Salander, a dark knight indeed, Larsson has created a new kind of heroine. Lisbeth is closed off, emotionally scarred, extremely intelligent and fiercely protective of her space and herself. She seems to attract hostility from people wherever she goes (might have something to do with the piercings and tattoos), including those who are supposed to help her, like her court appointed guardian, a creep of the first water. Her revenge is poetic justice (even while its hard to watch).

The pairing of Rapace and Nyqvist works very well; they have great chemistry and spark off each other nicely, with Rapace creating the sense of Lisbeth’s ambivalence beautifully. Nyqvist has the less showy role, and in many ways plays the heroine – Lisbeth rescues him on more than one occasion. She is a counterpoint to the misogyny of her world, making her own way on her own terms; a flat-chested tomboy with cropped hair and a leather jacket.

Interestingly, the original title of the novel is Men Who Hate Women, a much more accurate indicator of the story between its covers. The huge success of the source material has had a slightly deadening effect on the film; at times it does feel a bit slow, as if the filmmakers wanted to include everything from the book. The libel case at the beginning of the story explains why Mikael is free to investigate Harriet’s disappearance, but actually doesn’t really matter, and it might have flowed better as a film if some elements had been trimmed; the two and a half hour running time is excessive and the set up leisurely, just like the novel. But these quibbles aside, it’s an enjoyable peek at the nasty underbelly of society.