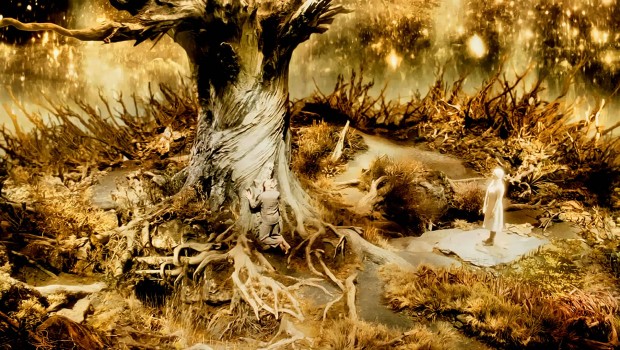 Largely ignored at the cinema due to a baffling storyline set across 1,000 years, the DVD release of The Fountain provides Darren Aronofsky’s brainchild with the chance for a new lease of life. Abandoned during pre-production in 2002, director and co-writer Aronofsky reworked the original draft of his philosophical sci-fi/drama into a graphic novel and took a budget cut to begin filming a new version in 2004. His three narratives featuring men (all played by Jackman) on quests for their lovers (all played by Weisz) have stories about the Tree of Life at their core to link them together. The Fountain aims to provide a profound statement about life and death, but its poor performance both critically and at the box office suggests Aronofsky’s vision failed to convince audiences. However, perhaps it was more a case of others not willing to accept the vision of an skilled filmmaker.

Giving some kind of outline to The Fountain is quite a task in itself. In the present, Jackman is Dr. Tom Creo, experimenting on monkeys to find a cure for brain tumors as his wife Izzi (Weisz) slowly dies from one. Consumed by his scientific work, he is withdrawing from contact with her as she seeks spiritual and religious enlightenment in the face of death. In doing so, Izzi writes a book called The Fountain which she asks Tom to read. Set 500 years ago in Spain, a man called Tomas (Jackman) is sent to find the tree of life by the Spanish Queen Isabel (Weisz). Meanwhile, 500 years in the future, a man named Tommy (Jackman again) is floating through space inside an air bubble spaceship with a dying Tree of Life. Haunted by visions of Izzi, he seeks to give the Tree of Life a rebirth in a nebula. Aronofsky makes few attempts to tie these stories together initially, yet as The Fountain progresses themes linking them all to the present become apparent. It requires stamina if you want to make any kind of connection with what Aronofsky is trying to achieve, so don’t go trying to watch this one as leisurely Friday night entertainment.

That is not to say it is not entertaining. Jackman proves his acting ability as a tortured soul in all three guises while Weisz’s muse to her lover’s mission echoes her strong performance in The Constant Gardener. There is a deliberate avoidance of CGI, giving the future scenes a unique look and the cinematography throughout follows a visual theme, moving from the darkness of the unknown to the brightness of enlightenment by the end. The score by Aronofsky regular Clint Mansell with music from the Kronos Quartet, and Scottish post-rock band Mogwai is also excellent.

The Fountain could never have been a popular commercial cinema hit given Aronofsky’s obvious desire for visual symbolism to guide the movie. There are hints of David Lynch’s similarly confusing Mulholland Drive and the marvellously bonkers ending of Stanley Kubrick’s classic 2001: A Space Odyssey, and it will no doubt repel many more viewers than attract. In the home it makes ideal viewing for those who want to sit back and absorb a film with a loving attention to detail as well as a sublime soundtrack, then ponder its meaning long after the credits have rolled.

EXTRAS
Th hour-long behind the scenes ‘making-of’ will most certainly answer a few common questions, although it is a shame there is no director’s commentary to give more of an idea about Aronofsky’s intentions. There is also an extended scene from the future setting.