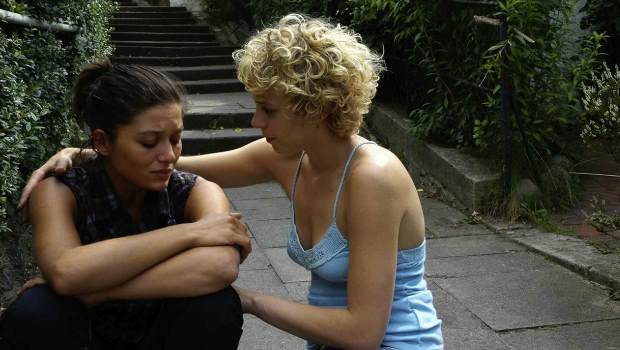 Summary: Its a slice of verisimilitude, quietly affecting.

In this follow up to his 2004 feature, Head-On, Fatih Akin broadens his canvas with mainly positive results.

An unpleasantly misogynistic, but lonely old man, Ali (Kurtiz) is only looking for company when he invites prostitute Yeter (Kose) to move in with him. Yeter agrees, happy to leave the brothel, but begins to realise that she has exchanged one cage for another when Ali has a heart attack. She and his son, university professor Nejat (Davrak), share caring duties, and develop a friendship, but when a drunken Ali tries to force Yeter into a sexual act, an accident leads to him spending time in prison.

Driven by guilt, Nejat goes to Istanbul, where he tries to find Yeter’s daughter, Ayten (Yesilçay) who is missing. Nejat spends time in the city, and decides to stay and run a German bookshop rather than returning to Hamburg. But what Nejat doesn’t realise is that political activist Ayten is already in Germany, having fled the Turkish police. Ayten hides in plain view, pretending to be a university student, sleeping through lectures and scrounging money from her ‘fellow’ students; she is befriended by Lotte (Ziolkowska), who, charmed by Ayten’s story and political idealism, invites her to stay, to the annoyance of Lotte’s conservative mother Susanne, and the two young women become lovers. However, Ayten is arrested and after nearly a year attempting to claim asylum, deported to Turkey, where she is sent to prison. Lotte, heartbroken, follows, and it’s in Istanbul that she meets Nejat.

The Edge of Heaven was Germany’s entry for this year’s Academy Awards in the foreign language category, though of course it is partly in German and also in English, which tells you a lot about the current state of Europe. Its an interesting film; slow moving and a touch ponderous, it takes its time setting up the story, and there are number of moments that are fantastically underplayed and yet are essential drivers of the story. It deals with big issues – the relationships of parents and children are scrutinised with the father/son relationship of Ali and Nejat set against the more caring yet equally dishonest mother/daughter interaction of Yeter and Ayten, Lotte and Susanne. Politics plays a part – asylum and immigration, the European Union, and finding true understanding among strangers. And in the end it questions whether we can find redemption and reconciliation, through the power of love and suffering. So its quite religious – or maybe spiritual? – especially as the characters who are forgiven – Ali and Ayten – are really unpleasant. Thankfully the good characters don’t only exist to play the part of martyrs (cough Morgan Freeman cough) but also in their own rights, and Nejat is especially appealing, shaking off the oppression of his life in Germany and his bullying father – he doesn’t seem to much enjoy his work at the university, which is surprising – and settling into Istanbul, where he gently comes into his own.

Akin makes some interesting directorial choices – the film is almost Dogme like in its lack of ‘soundtrack’ – there is very little music and in many scenes almost no ambient sound. This simultaneously robs scenes of their drama and enhances their power. He also shows a fine command of locations, filming on the back streets of Istanbul, and the grey commuter hinterland of Northern Germany around Bremen. The pace of the film with its slow build up may frustrate, and the ending when it comes is so low-key that its only the credits that alert you to the fact that the film is over, but in the end its a slice of verisimilitude, quietly affecting.