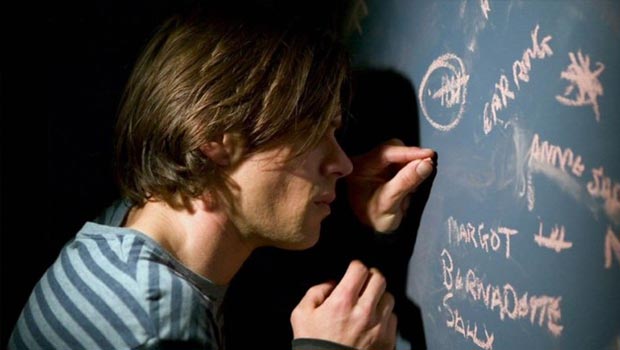 The Book of Revelation Review

Summary: The Book of Revelation brings in fresh analysis of the male psyche, abused by the hands of three women determined to break it down.

When Daniel, a gifted dancer for a fashionable modern ballet company, goes out to the shops, he does not return for two weeks and cannot tell anyone, not even his lover and fellow dancer Bridget (Torv), what he has been through. Embarrassed, ridiculed and made to look a fool by three ravenous women who take advantage of him in all manner of ways while he lies helplessly handcuffed naked on the floor, it is an life-changing experience for the man. Shaken, he wanders the streets struggling to come to terms with his ordeal, increasingly obsessed with erotic conquests and ebbing closer to crossing a line which could ruin him. It’s a challenging examination of the effect of rape and degradation on a strong mind, but Kokkinos is too keen break up the narrative by jumping back and forth between the sexual torture and the aftermath.

The Book of Revelation switches between harsh sex-fuelled flashbacks, Daniel’s dreamlike wandering of the streets lost in an emotional trance and the attempts of his mentor and her detective ex-husband to locate him, making it is too easy to lose interest in the psychological aspects of the story. The sex scenes, including harsh bondage, are challenging enough to provide an unsettling current throughout but in a similar way to Tom Cruise’s laboured exploration of sexual freedom in Eyes Wide Shut, Long stumbles through his ensuing emotional decline in a zombie state offering little in the way of character insight. Kokkinos is keen to imbue him with visual meaning rather than have him speak his mind, which is either a stroke of artistic genius or unsatisfying vague depending on your viewpoint; the haunting string score will either pull you in or push you away depending on your stance.

As a rape-revenge movie, The Book of Revelation brings in fresh analysis of the male psyche, abused by the hands of three women determined to break it down. Whether it handles the aftermath as explicitly as the sex acts is more questionable, and is likely to leave you out in the cold.