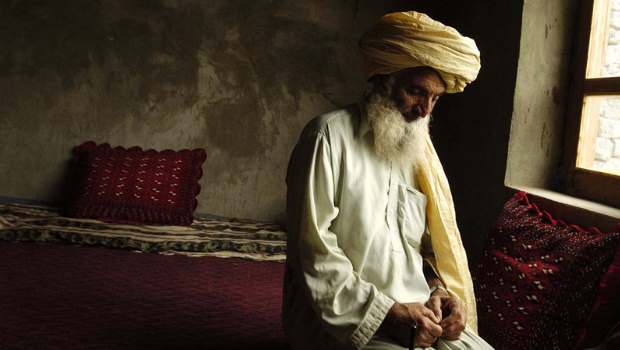 Taxi To The Dark Side Review

Summary: We hear from the young soldiers who have lost their jobs and done time in jail for simply obeying orders. And I know, the Nazi defence, but nonetheless, why are no officers on trial? Why isn’t that fucker, Bush, as Commander-In-Chief of the US Military, on trial for war crimes?

One of those documentaries that makes you helplessly angry and deeply depressed at the same time, Taxi To The Dark Side is a searing indictment of American foreign policy since 9:11.

Dilawal was an Afghan farmer who liked driving cars, and tractors, and pretty much any automotive vehicle. So rather than working on the family’s fields, he offered to take the new taxi into the nearest town, pick up some fares, make some money and come home with food for everyone. Dilawal picked up a fare, was stopped at a checkpoint, and taken to Bagram prison on suspicion of being involved in shelling a military base. A week later he was dead.

Dilawal’s family, not understanding English, just accepted his death, but a reporter from the New York Times picked up on the fact that the military pathologist had described the cause of death as resulting from the severe bruising and injuries that Dilawal had sustained in prison as a result of being systematically beaten and tortured. The rank and file soldiers responsible were arrested and tried; the officer responsible was promoted, and sent to a new posting in Iraq: Abu Ghraib.

Picking up from the story of Dilawal, Alex (Enron: The Smartest Guys In The Room)
Gibney’s excoriating film is certainly not an easy watch. It explores how the gloves came off after 9:11, how Bush, Rumsfeld and Cheney, helped by some lawyers for whom the phrase weaselly, self-serving, vicious, immoral scumbags is too kind, rewrote the constitution to redefine torture – to basically mean whatever they wanted it to mean that day. How the army asked for greater powers, and got them, and how the government pressured the troops to get and gather intelligence at any cost.

Gibney gathers together a cast of commentators from both sides of the political spectrum, and his film is calm and balanced, leaving the pictures to do the talking – grinning grunts kneeling on naked Iraqi prisoners; dogs snarling in their faces; a hooded man forced to masturbate in grainy black and white video. We learn how the Geneva Conventions, protecting human life and dignity since the end of World War 2, were dismantled by America, Land of the Free. We learn of Mohammed Al Qatani, a suspected Al Qaeda operative who was basically a crash test dummy for every form of torture the CIA have used in the last fifty years; how Guantanamo Bay was essentially a laboratory where new torture methods were devised and refined. We hear from the young soldiers who have lost their jobs and done time in jail for simply obeying orders. And I know, the Nazi defence, but nonetheless, why are no officers on trial? Why isn’t that fucker, Bush, as Commander-In-Chief of the US Military, on trial for war crimes?

This is a film to make you furious, though it never lectures; though Britain doesn’t come under fire, nonetheless with Gordon Brown cheerfully dismissing Habeus Corpus as an irrelevance, anyone can see how the War On Terror, and 9:11 are being used by politicians of every stamp as an excuse to seize power of the most chillingly revolting kind. We need to be angry, and we need this to stop. Now. Because, as the film says, if you want to create radicals – and radical reprisals – just show a young Muslim a clip from Abu Ghraib.