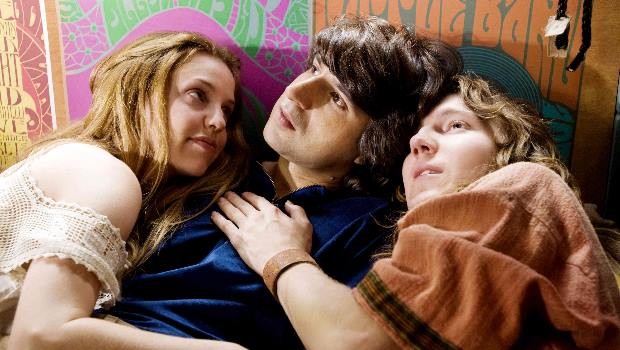 Summary: An insightful and quaint view of how a family’s life was transformed by one son’s entrepreneurial spirit.

Woodstock was THE music festival. Nothing has matched its influence. An event that spanned four days with an ever-increasing number of revellers with some of the most famous bands on the planet – any music festival organised today would love to capture the same sense of spontanaity and togetherness Woodstock created. It’s become a romanticised ideal of what festival culture should be — an ideal veteran director Ang Lee seems caught up in Taking Woodstock. This light-hearted tale of how Woodstock found its home on a farm in 1969 hints at the challenges faced with staging such a unique and legendary event, but is far too saccharin to feel you are getting a true reflection of how an only child saved Woodstock.

Based on the book Taking Woodstock: A True Story of a Riot, a Concert, and a Life by Elliot Tiber with Tom Monte, the movie tells of Tiber (Martin) working at his parents’ motel in the Catskills and inadvertently playing a role in setting up the generation-defining festival. Elliot was a depressed young man struggling to find a foothold as an interior designer in New York when he moved back to the Catskills to help his aging parents run their failing motel, The El Monaco. The banking vultures circling, he is at odds with his Jewish parents: his mother (Staunton) is cold to all customers demanding unreasonable charges for the smallest comfort such as towels while his father (Goodman) wants to burn the place down and claim on the insurance – though they can’t afford to get the insurance to make it a worthwhile sacrifice. Elliot just wants to quit the motel and leave, but fears for his parents and is also unable to find a way to tell them he’s gay. All is not well at the El Monaco.

Looking for a way to make a fast buck, Eliot hears a neighbouring town has reigned in on a permit to a hippie music festival and decides to call the producers to lend a hand. His thinking is he could drum up some business for his parents and save their motel. When promoter Michael Lang (Jonathan Groff) arrives by helicopter with men in suits and a sackful of cash, they initially bulk at the idea of using the Tiber’s land – the field is more of a bog than a prime festival foundation. However, at the last minute Tiber recalls another landowner who can help, and before he knows it he is swept up in helping shape Woodstock itself and putting up thousands of guests in his parent’s motel.

This heart-warming coming-of-age movie is imbued with humour, from Eliot’s awkwardness at being thrust into a major event to his parent’s Jewish bickering over money and good enterprise. The banter between Martin, Stuanton and Goodman is priceless at times, especially Stuanton’s turn as a mother baffled by Generation X’s behaviour and convinced everyone wants to con her out of money. Lee does a fine job of crafting the family unit into a very real trio of characters who are inspired by the events of Woodstock even if they don’t know it before the music starts, and it is the Tiber’s who give Taking Woodstock its edge. This is the alternative story of the legendary festival that will make you appreciate it even more.

However, it seems Lee himself has got caught up in the magic of Woodstock’s history by placing the organisers, particularly Lang, in a deity-esque light of putting the world to rights with their festival – it appears to pull together far too easily save for the Tiber family’s in-fighting over making the most of the influx of guests. Granted this is Eliot’s story and to tell of the other elements of producing a festival which snowballed to the size of Woodstock would have detracted from it, but there is a very obvious lack of insight into the event itself. When Eliot finds the time to attend himself, his experience is shaped by an acid tip in a Volkswagen wagon while Lang rides around on a horse: it may be what happened but there is a romanticism which feels alienating from the grittier moments outside Woodstock. Perhaps this is Lee’s way of showing what a free-spirited generation Woodstock helped create but at a time when music festivals are a weekly occurrence throughout the warmer months, there is little indication of exactly what made Woodstock such a landmark series of days that have been emulated on a smaller scale in the decades since. That said, Taking Woodstock offers an insightful and quaint view of how a family’s life was transformed by one son’s entrepreneurial spirit, one that fuels Woodstock’s legacy as a life-changing experience for all it touched.