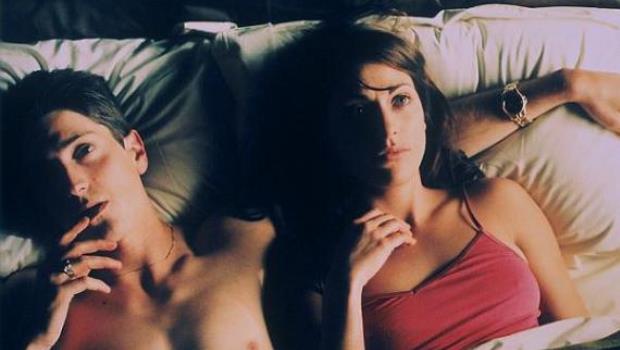 Summary: Whereas the Jewish community is crying out for its own Big Fat Wedding, it has instead been given a big, fat disappointment.

I was looking forward to the Summer Phoenix-starring yet British romantic comedy Suzie Gold. Not so much because I am a huge rom-com fan (well, maybe just a little bit) but more because I was excited about watching a film that I thought I could really connect with. Suzie Gold is about a young Jewish girl living in North West London, whom everyone wants to see engaged to nice Jewish boy Anthony, but who instead falls in love with a nice non-Jewish boy called Darren: a match that will most likely cause her parents and community to choke on their chicken soup.

Although a) I haven’t had a relationship with a boy called Darren since 1991 and b) I am not a girl (unless near a wasp) I am a Jewish boy who grew up in the mean streets of Hampstead Garden Suburb and a stone’s throw from the house in which the fictional Suzie Gold lives. As such, I was looking forward to feeling the same way watching Suzie Gold as I presume British Sikhs and Greeks feel when they watch Bend It Like Beckham and My Big Fat Greek Wedding; namely a sort of warm, comforting and slightly self-satisfied acknowledgement that I could understand better and find funnier that which was happening on the screen than most, because I had actually lived it.

That’s what I was looking forward to. What I got instead was a gut-wrenchingly awful representation of my community, peopled with unlikeable and unsympathetic characters and crammed full of every negative Jewish stereotype imaginable. Oh, plus a romantic comedy that was neither romantic or particularly funny.

Before I get scathing, let’s try and be positive. There are certain elements in the film that are middling to good.

Summer Phoenix proves that she is a talent to watch out for. As Suzie Gold, her central performance holds the film together, and she can undoubtedly act. But although it’s understandable that the film’s producers secured the talents of an actress who’s family name would guarantee instant press attention, the fact that they got an American to do an OK British accent, still means that the film delivers a main lead who looks, but sounds nothing like, a North West London Jewish girl.

Apart from Summer’s efforts, Iddo Goldberg as Suzie’s young Jewish suitor Anthony Silver, puts in an excellent performance. This time, although the film’s costume designer has made Anthony dress like a young Michael Corleone, Goldberg has certainly got the voice and behaviour of his character spot-on. His first scenes are nothing special, which is why when he takes up more of the screen towards the end of the film, his performance is all the more amusing.

But apart from these two leads, there really is very little to admire in Suzie Gold and even more to condemn. As a romantic comedy the film is hardly from engaging. Darren (Leo Gregory) is such a wet fish that you can’t understand what Suzie sees in him, apart from the danger he represents as someone her parents don’t approve of. As such, the romance doesn’t convince. And as for the comedy… well, the makers of the film seem to think that falling back on dodgy Jewish stereotyping guarantees instant humour. It does not. The film’s jokes are poor, the characterisation lazy and, to make matters worse, most of the Jews in the film drift from being characters the audience can poke fun at, to characters the audience have no reason to like. This is because everyone is presented as being shallow, brash, prejudiced, insular, and just generally unlikeable. In short, if I was someone who wasn’t too keen on Jews and went to see Suzie Gold, the film would simply reiterate what I thought all along.

Now, I’m all for minorities laughing at themselves – hell, where would modern Jewish culture be without Woody Allen, and Jackie Mason and Mel Brooks? – but these laughs can only come when they are based in a foundation of warmth, affection and reality. Sadly, these qualities are wholly missing from Suzie Gold. As such, whereas the Jewish community is crying out for its own Big Fat Wedding, it has instead been given a big, fat disappointment.