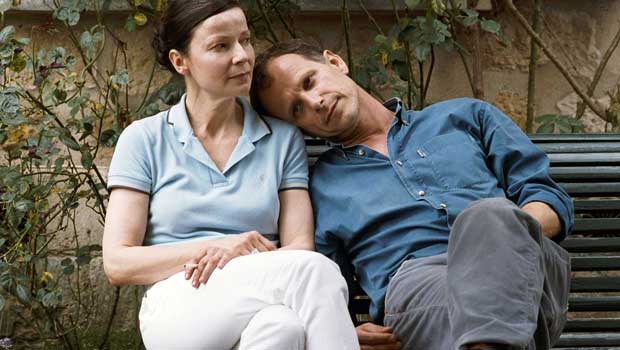 Summary: Wonderfully acted, and daring in its subject matter; one usually avoided,

Summer Hours (L’Heure d’été) is a delightfully melancholy, bittersweet film about families and, well, death, which is very charming and very French. Not much really happens, everything is resolved peacefully, no one gets stabbed and it all feels very true and honest.

Helene (Scob) is the widowed matriarch of a large clan and in the opening scenes, with her family around her, her grandchildren enjoying a perfect day out, the adults dining alfresco, she seems to be the heart of a loving family. But we soon realise that appearances can be deceiving. Adrienne (Binoche), her artistic daughter, lives in New York, while her brother Jeremie (Renier) has moved to China, working for Puma. Only the oldest son, Frederic (Berling) is still in France. Nonetheless Helene is ken to get her affairs in order; her uncle was an artist and collector, and he has left her some valuable pieces of Art Deco furniture and paintings. Helene is adamant that these belong in a museum, and charges Frederic with the task. He insists that she will be around for years to come, and will preserve the house for the grandchildren.

But Helene does die, and it turns out that no-one else really wants the house. It is falling apart, will cost money to maintain, and Frederic’s siblings have made their homes elsewhere, cutting their ties with France. Frederic cannot afford to buy them out, so the house and its contents must be sold.

If this was an American, or even a British film, this plot setup would be the start of farcical arguments, threats, bitterness, lawyers and law suits. But this a French film and so, after one very mild squabble, all is settled. There is even a subplot involving an extremely valuable but ugly vase which seemed poised for dire consequences, but no, the aged retainer is allowed to keep it and remains ignorant of its true worth. Rather than showing the worst side of human nature, the film shows it at its best; not specially noble, but agreeable and prepared to compromise.

Director Assayas seems much more interested in discussing art and its place in the world. Should a piece of furniture, designed to be used, really be in a museum? What is a vase, on a shelf, with other vases? Shouldn’t it be full of flowers, and life? Yet even Frederic must admit that his mother’s house was more like a shrine to her dead uncle; the maidservant points out that the house is only full of life twice a year, when the family is there. The pieces are history, for everyone, and should be shared, even if the people aren’t that interested.

It’s a beautifully framed film – look out for the long tracking shot at the party – wonderfully acted, and daring in its subject matter; one usually avoided, or played for melodrama or laughs. We don’t see Helene’s death, or hear much about it. Life goes on.