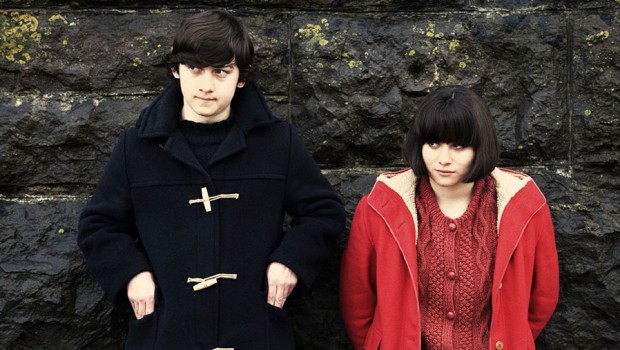 Summary: Ayoade’s script beautifully conveys all the confusion, misery and joy of adolescence.

Until now Richard Ayoade has been best known as Moss in Channel 4’s The I.T. Crowd, but his directorial debut Submarine should change all that. Adapted by Ayoade from the novel by Joe Dunthorne, it tells the story of fifteen year old Oliver Tate (Roberts), the sort of pale faced, pretentious youth who is routinely bullied at school. Living in a rain-soaked Swansea, in what appear to be the eighties, Oliver is in love with Jordana (Paige); almost to his surprise they start going out, their relationship based on a mutual love of setting fires.

However, just as his love life improves, his home life begins to fall apart. He regularly monitors his parents’ sex life, and realises from the position of the dimmer switch in their bedroom that they haven’t had sex for seven months. Is it merely a coincidence that his mother’s (Hawkins) old boyfriend Graham (Considine) has moved in next door? Oliver attempts to cheer up his depressed father (Taylor), but when that fails he begins to spy on Graham and his mum. Can he save his parents’ marriage and lose his virginity before his sixteenth birthday?

A classic coming of age story, Submarine nonetheless manages to avoid most of the pitfalls of the genre. British schoolkids, compared with their American cousins, are shortchanged when it comes to customs and rituals. We have no proms, no homecoming, no graduation ceremonies, let alone sunshine and beach parties, just asphalt playgrounds, exams, and duffel coats, worn to great effect by both leads. Jordana’s is red. The temptation is always there to embrace the gloom, but Ayoade resists; despite the bad clothes and hair, and the terrible décor, Submarine is joyous, light, and very funny. Though some characters, particularly Considine’s mulletted psychic guru, are set up as comic foils, for the most part we are laughing with Oliver, rather than at him. He is a self-obsessed adolescent, but weren’t we all?

A love letter to the power of cinema, in Submarine Oliver imagines his life as a film. When things aren’t working out as he might hope, he asks for a slow dissolve to a happier moment, and gets it. Visits to the arthouse cinema in the town are fraught with meaning. Jordana’s appeal is that she cuts through Oliver’s more ludicrous pretentions in the way that only teenage girls can. When he attempts to seduce her with prawn cocktails, a wine box, talk of ‘lovemaking’ and rose petals strewn on his (parents’s bedspread), she no surprisingly reacts with horror; even after he persuades her, she warns him savagely not to get cocky. Yet Paige also conveys Jordana’s vulnerability and her anxiety about her mother, who is undergoing treatment for cancer. She is beautifully matched by Roberts, who recently guested in BBC 3’s Being Human; both are actors to watch.

Ayoade’s script beautifully conveys all the confusion, misery and joy of adolescence, enhanced by his direction – particularly the images of Oliver and Jordana running through the fairground – and the score by Arctic Monkeys’ Alex Turner. Though the voiceover is ocassionally overdone, this is a confident and original debut from a filmmaker to watch.