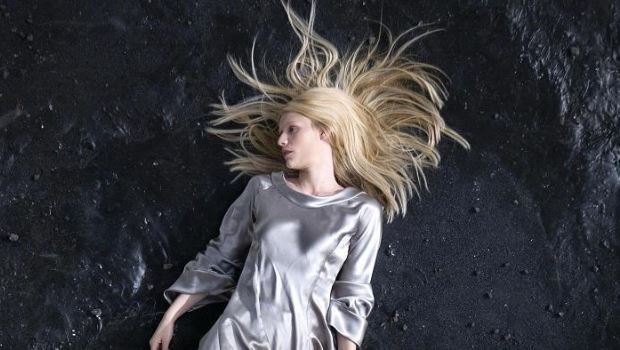 Summary: Stardust is the perfect fantasy film for people who don’t like fantasy, and deserves to find a huge audience. It’s a perfect Hallowe’en treat.

As an enormous fan of Neil Gaiman’s work I’ve been both anticipating and dreading the big screen version of Stardust, one of my favourite books ever. So I am delighted and thrilled to say that it’s a success. Its not exactly my Stardust, but what big screen adaptation ever lives up to the version that you play in your head? But it feels like Stardust, and that’s all that matters.

Tristan is in love with Victoria Forrester (Miller), the prettiest (and most spoiled) girl in the village, and to win her hand in marriage he rashly promises to venture into Faerie and bring her back the shooting star that they watch fall one evening. Crossing into the magical kingdom of Stormhold, Tristan is surprised to discover that, rather than a lump of rock, his star is an irritable young woman called Yvaine (Danes), whose leg was injured when she fell. Despite her protests, Tristan sets out to bring her back to Victoria; he soon finds himself cast in the role of protector, for Yvaine is in terrible danger: the heart of a star brings eternal life and youth to the eater, and is sought by Lamia (Pfeiffer), one of a trio of powerful witches, as well as the Princes of Stormhold, who seek to come into their inheritance.

The subtitle of Stardust is ‘being a romance set within the realms of faerie’ and romance here does not mean Valentines and red roses, it means heroic or marvelous deeds, pageantry, romantic exploits, usually in an historical or imaginary setting. But where Stardust differs from ‘high fantasy’ (Tolkien et al) is that as well as all the fantastical and potentially terrifying elements there is a great deal of comedy thrown into the mix. So rather than being an ever so slightly po-faced, take myself a great deal too seriously film along the lines of Eragon and every other dungeons and dragons type film for the past however long, Stardust is a fun-packed, madcap adventure which will charm and delight adults and children alike. There is plenty of fighting, witches, unicorns, and flying pirate ships; it also has cross-dressing pirates and dead princes whose ghostly visages bear the marks of their deaths, and who wryly comment, unheard, on the goings on of their still-living brothers.

The performances, especially DeNiro’s, are faultless; Charlie Cox is a star in the making, convincing both as the gormless younger Tristan and his calmly confident and mature incarnation; Michelle Pfeiffer brilliant as the wicked witch, rejoicing rather saucily in her temporary youth and beauty. The only real disappointment is the character of Yvaine who is a bit passive and soppy, though Danes glows very prettily. Perhaps she hit her head when she fell? But Stardust is the perfect fantasy film for people who don’t like fantasy, and deserves to find a huge audience. It’s a perfect Hallowe’en treat.