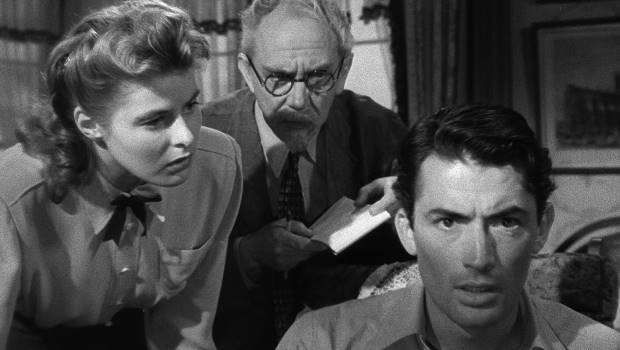 Ok, so it may not sound the most riveting of premises on which to make a documentary: The journey of eight young American kids from very disparate backgrounds as they compete in the National Spelling Bee – a bizarre competition where children are tested on their ability to spell words such as ‘cephalagia’ or ‘monotonous’ before a panel of judges. Yet, Blitz has managed to create a satisfying, engrossing and often hilarious piece of pure Americana.

The key to the success of this film lies in the gifted storytelling skills of Blitz, combined with the quirkiness of his eight subjects. In particular, Angela, whose father came over from Mexico to Texas where he became a cattle-rancher yet still does not speak a single word of English; Neil, an East Indian boy with a meticulous routine of studying hundreds of words a day under the supervision of his kind but disciplined parents and Harry, a hyperactive ball of energy with a repertoire of bad jokes and who is quite clearly an absolute lunatic.

In his low-key documentary, Blitz has succeeded in creating drama out of everyday life that is highly absorbing, despite it’s lightweight subject matter. By focusing on just eight entrants from the hundreds who take part each year, we are invited to spend considerable time in their homes and lives as they struggle to overcome what is to them something very arduous and important, and in seeing their level of commitment to each round of the Spelling Bee, you empathise with them to the point of becoming utterly gripped in the proceedings. And when the actual final competition takes place with it’s sudden death, one-mistake-and-you’re-out format, it’s exhilaratingly tense as you watch them fall one by one, wondering who is going to be next to make that critical mistake.

Underneath the drama, however, lies a rich study of modern American life. Within each of the eight case studies we get an insight into the mentality of those living in diverse parts of the US, from the Washington DC projects to the posh San Clemente coastline via a Missouri trailer park. All these kids and their families are united by the common goal to win what is essentially nothing more than self-validation and a grand sense of achievement; there is no enormous prize money at stake, nor do the winners of the Bee go on to gain celebrity status

But what is perhaps most remarkable and indeed refreshing about Spellbound is it’s uplifting tone. It could have been very easy for Blitz to portray this from a more condemnatory angle, as a study of overbearing parents making up for their thwarted ambition by pushing their reluctant children to extremes for their own gain. Instead, we are presented with eight, determined children who want to take part in this event voluntarily. In one instance we see how bemused the parents are that their child is so intelligent when all they want him to do is join the army.

Spellbound was nominated for Best Documentary Feature at the 2002 Academy Awards and it is interesting to compare this with another recent documentary – the Academy Award winning Bowling for Columbine by Michael Moore. Both present us with a vignette of how things are in the US right now but while Moore’s film is a blistering statement about everything that is wrong with America, Spellbound is more interested in showing you what the US has managed to get right, and while it is undoubtedly important to be reminded about the burning issues still needing to be addressed within American society, it is refreshing to be served up a slice of American Pie that, with it’s themes of equality and struggling against all odds, captures the essence of precisely what that country set out to be.

This is not the most obvious choice of film to see at the cinema but it is definitely worth a look, if nothing else merely because it has as much drama, comedy and pathos as the best Hollywood can offer and it leaves you feeling uplifted and utterly satisfied. And you might learn one or two ridiculously long words on the way.