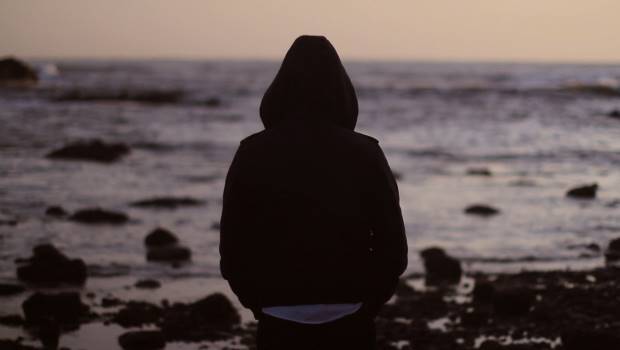 Summary: If you are fascinated by character studies that can be clearly related to real life events, Shooting Magpies is recommended viewing.

A harsh but eye-opening experience, Shooting Magpies is a docu-drama tracing the true lives of its cast through battles with heroin addiction and the strife it causes loved ones. While hardly the most inviting of subjects, its realistic style and tone lifts it above your average melodramatic episode of EastEnders to be an insightful study of a post-industrial East Durham.

Emma (Emma Dawson), a mother at fifteen and now in her early twenties, wants a settled family life so makes one last effort to get her partner Darren (Darren Bell) off heroin. She asks for money from her friend Barry, a single father who encourages his son’s keeping of ferrets to keep them away from the drugs and crime affecting the town. When Barry gives Emma stolen gold to pawn so that she can take Darren away from the temptation of drugs, he risks retribution from the father of an addict found dead.

Billed as written, directed and produced by Amber Films there is every sense that this is a community project aimed at highlighting a problem and underlining the dangers of heroin away from any mainstream gloss it is often given. The majority of the cast play themselves and bring a realistic edge to the squalid living conditions and domestic conflicts. Emma’s hope of guiding Darren away from heroin veers their relationship from the brink of collapse to a new beginning and back again while Barry’s perceived good deed threatens his future. Showcased at the National Film Theatre’s round up of their favourite uncommercial films of recent years, it seeks to expose these personal dilemmas without a sugar-coated ending or the shock tactics of Requiem for a Dream’s climactic sequence.

Although Shooting Magpies is relentlessly bleak in a similar way to last year’s British indie success London to Brighton, it still makes for gripping viewing that does not try to shove a “no drugs” message down our throats just for the sake of it. There are even comical moments that arise in the most surprising places, such as a policeman paying £10 to make an addict leave a house, which remind you that amid all the perceived helplessness there are always those who are ready and willing to lend a hand. If you are fascinated by character studies that can be clearly related to real life events, Shooting Magpies is recommended viewing.

Extras
Excellent and informative. A fascinating 62-minute insight into making of Shooting Magpies including the research, improvisations and relationships that went into and came out of the process, as well as individual shorts about the characters. It also comes with a 30-page illustrated history of production company Amber, a film and photography collective started in 1968.