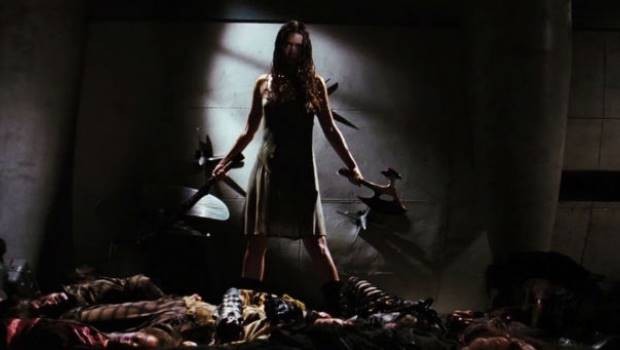 Summary: It is a great shame that Serenity didn’t shine at the box office to the extent it deserved

After the cancellation of his series ‘Firefly’, writer-director Joss Whedon suffered further proof that a mass audience has no interest in his space western idea, when a lacklustre global box office performance failed to recoup Serenity’s relatively small $40 million budget. It’s frankly bizarre, especially considering the hundreds of millions of dollars earned by George Lucas’ bloated Star Wars prequels, because Serenity is exactly the sort of sharp, well-written sci-fi action film, with brilliantly drawn characters, that deserves to be a breakout box office hit.

Knowledge of the television series is not essential to following the story, as a well-paced opening section gives all the essential information without drowning the audience in exposition. 500 years in the future, with the repressive Alliance ruling over a post-civil war galaxy, Doctor Simon Tam (Sean Maher) risks his career and his life to break his gifted and troubled sister, River (Summer Glau), out of an Alliance research facility. Taking passage on the good ship Serenity, captained by the roguish Malcolm Reynolds (Nathan Fillion), River’s latent psychic abilities become more apparent as the crew try to stay under the Alliance’s radar.

The bulk of the film follows the attempts by the Alliance to get River back after they realise she has had access to highly sensitive information that could bring down the government. To this end, they dispatch the ruthless and completely amoral Operative (chillingly played by Chiwetel Ejiofor) to hunt her down and murder anyone who gets in the way. Chased from one end of the galaxy to the other, Mal decides to use River’s information to fight back, a decision that takes him through the territory of the vicious, cannibalistic Reavers – outlaws driven mad on the fringes of space.

Whedon demonstrates a considerable flair for directing action, as the fight scenes have a bone-crunching immediacy, while still retaining a choreographed beauty, particularly in the scene where River is ‘activated’ by a subliminal message contained within a ‘Fruity Oaty Bar’ commercial and flattens everyone in a back street bar. He also stretches his budget as far as it will go with some impressive space-bound special effects, although a chase scene on a planet’s surface is not quite so effective. Whedon’s real skill, though, is his ability to write well-rounded characters that the audience can actually care about. It seems such a simple thing to ask, but characterisation and dialogue of this level is noticeably absent from the bulk of films in this genre. It means that when Whedon exercises his right to kill off a couple of characters (something Buffy and Angel fans will be familiar with), the audience actually gives a damn.

The performances are uniformly great, with Fillion superb in the lead role, and Adam Baldwin providing comic relief and physical presence as mercenary crewman Jayne. Inevitably, with such a large crew, some characters have less to do, but it remains clear that each character is essential to the tone and atmosphere of the both the ship and the film. It is a great shame that Serenity didn’t shine at the box office to the extent it deserved, and we can only hope that DVD sales will be sufficient to greenlight a sequel.