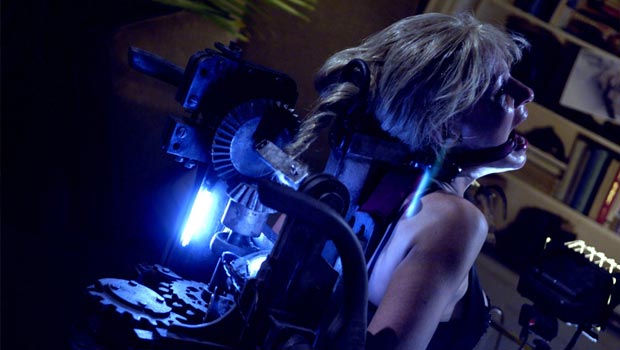 Summary: When the final twist comes, it’s a case of rolling eyes rather than covering them.

Now entrenched as a Halloween tradition, the Saw series continues despite the death of killer trap mastermind Jigsaw (Bell) and his apprentice Amanda (Smith). The well-worn formula of putting unsuspecting victims in painful situations they can only escape by gouging out an eye or chopping off a limb has been pleasing horror fans for years, but with these key characters dead there has been a lot of guessing about how it would continue. The answer comes from new writers Marcus Dunstan and Patrick Melton who have kept Jigsaw very much a part of the forth entry with more of his gory mechanisms. In doing so they have delivered an unnecessarily convoluted plot trying so hard to be clever that it ends up lost in a backstory few will care to remember, or have time to take in, before it lurches to the end.

Opening on a very visual autopsy of Jigsaw, just to prove he really is dead, Forensic Detective Hoffman (Mandylor) is handed a tape extracted from the killer’s stomach telling him the games will continue from beyond the grave. Cue a typical Saw set piece of two men locked in a room battling each other for their lives. Yes, the traps are all present and correct, including a couple’s fate connected by a nasty encounter with a nail gun, a woman’s hair set to be ripped from her scalp and two men acting as counterweights on giant scales of death. These are the moments the Saw franchise has become famous for, and they won’t disappoint anyone hungry for more blood and guts bursting out from every available victim.

The other side of the Saw series has been the involvement of police investigations, which have tended to fuel the mystery around Jigsaw’s past and provide the twists between the gruesome games. It is here that Saw IV struggles to lay down a coherent story to wrap around the set pieces: there is just too much happening too quickly. In one plot strand SWAT Commander Rigg (Bent) becomes Jigsaw’s latest plaything, handed a series of tests to help him conquer what Jigsaw sees as his “obsession” of needing to unnecessarily interfere in his colleague’s work. In another, two FBI agents try to piece together Jigsaw’s past, leading them to his ex-wife (Russell) and plenty of flashbacks. The final piece of the puzzle revolves around the return of Eric Matthews (Wahlberg) stuck in a lethal trap. Director Darren Lynn Bousman fails to mould them into a logical whole as he is too keen to bring on the gory moments. There are no much-needed pauses to properly explain Jigsaw’s motives behind each of Rigg’s tasks and he skips through key interrogations to get to the vital clue. By trying to outsmart the audience, Saw IV falls into a trap of its own making: outsmarting itself.

Within some world of Saw logic, this film might have a vague chance of making sense. Rigg bounds from house to hotel room to warehouse as though he is the only person in the world while the FBI agents have epiphanies over evidence by simply walking down a corridor. Meanwhile, those involved in the traps are required to act in ways no one could ever predict for them to work, removing all believability. When the final twist comes, it’s a case of rolling eyes rather than covering them. Saw started out as an inventive and playful horror series which used Jigsaw’s belief in “cherishing your life” to memorable effect. If Saw IV is one of his games, then cherish your life and avoid it – I’m sure they’ll be another one next year if you really feel like you missed out.