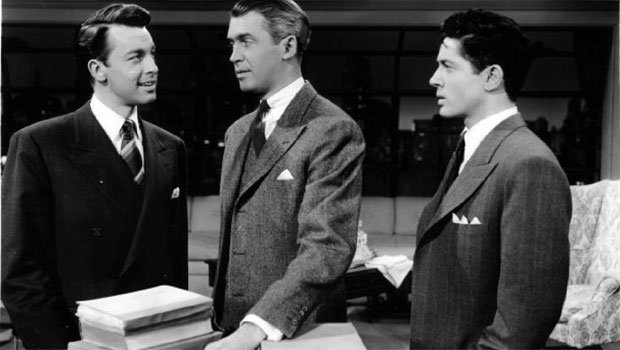 Filmed in 1948, Rope is the first film from legendary director Alfred Hitchcock attached to the Warner Bros. Pictures. For the primitive technology available at the time, the production looks and sounds stunning, and perhaps more importantly, features a solid plot. Based on a true story, the film sees Brandon and Philip commit the perfect murder, killing their classmate just for the intellectual thrill. The film itself isn’t based on the murder, rather the pair’s initial euphoria of their act followed by Philip’s fear of being caught, and Brandon’s conviction that they won’t be caught.

Although the film is quite slow at times, Hitchcock manages to keep a sustained level of suspense throughout the film, with the character Rupert Cadell being increasingly suspicious of the boy’s activities as the film progresses. Hitchcock is also at his most experimental when directing Rope, as features just ten cut sequences, meaning shots ran for up to ten minutes uninterrupted. Also, it has been suggested the film makes references to homosexuality, despite it being banned during the 1940’s. The relationship between Philip and Brandon certainly suggests homosexuality, which is another interesting element of a clever film.

Despite many criticisms of Rope, I found it rather enjoyable; especially considering it was made sixty years ago. It might be lacking a little in terms of action, particularly the early murder scene could’ve been extended rather than be a brief clip, but on the whole Rope is a highly underrated film. It certainly seems harsh it hasn’t been considered amongst Hitchcock’s greatest films, as it’s certainly stood the test of time better than the likes of ‘The Birds’. The experimental nature of the film also proves a charm, the ten minute shots make interesting viewing and a high budget cyclorama backdrop that includes the empire state building makes the film look much more modern than anything else from the 1940’s. A good watch.