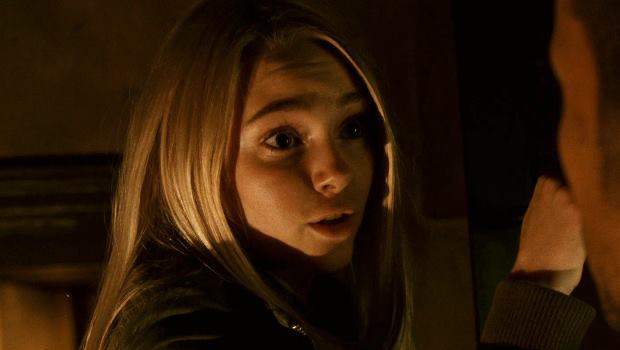 Summary: There are some fairly clunky plot and continuity errors in the film.

Anyone much over the age of thirty will probably remember Escape To Witch Mountain; one of Disney’s most successful live-action films, it told the story of two orphaned children, Tony (Ike Eisenman) and Tia (Kim Richards), who possess strange powers. During the course of the film the children’s suppressed memories return and they realise that they are in fact extraterrestrial in origin; they find a map which leads them to their people’s home at Witch Mountain, where they have formed a community after leaving their dying planet.

As a child, I absolutely adored Escape To Witch Mountain and had a huge crush on Ike Eisenman, so greeted the news of a remake with a mixture of pleasure and trepidation; was this to be another Secret of Moonacre (ie bloody awful)? Thankfully its not. It isn’t my Witch Mountain, but its very enjoyable in its own way.

The film opens with a UFO crash landing in the Nevada desert – no attempt is made to hide the children’s origins, though it then cuts to follow Jack Bruno (Johnson, who I must stop calling the Rock), a down-on-his-luck Vegas cabbie; with a criminal past, Jack is desperately trying to go straight but his old life keeps catching up with him. Vegas is hosting a major sci-fi and extra-terrestrial convention and Jack is busy ferrying passengers from the airport to Planet Hollywood (yes, I too detected the hand of product placement – how on earth is Planet Hollywood surviving the recession?), including the charming and funny Dr Alex Friedman (Gugono), a former astro-physicist who is delivering a lecture at the con. Jack makes it clear that he’s not interested.

The next day, after a scuffle with debt collectors, Jack finds two children sitting in his cab. Seth (Ludwig) and Sara (Robb), are blond, blue-eyed, and faintly creepy; still, they offer Jack a huge wodge of money to take them somewhere; he’s not really going to say no, is he? Driving out into the desert they are pursued by government agents led by Henry Burke (Hinds), and we see the first of the children’s powers – Seth is able to manipulate his body’s density to slip from the cab, and then cause the agents’ SUV to crash. They continue their journey to a run down house in the middle of nowhere, where the kids retrieve an object from a strange plant in the basement; they are then chased by a giant robot, a Siphon, a sort of terminator designed to lock on to a specific target; in this case Seth and Sara. They have been sent to retrieve information that could save their word and ours; the Siphon has been sent to prevent them, and now its – as the title says – a race to Witch Mountain where Burke has impounded their spaceship. Can Seth and Sarah, with Jack and Alex’s help, escape the Siphon, evade Burke, and get home in time?

Though I preferred the gradual unveiling of Tony and Tia’s backstory in the original, it must be said that Robb and Ludwig are very effective as their twenty-first century reimaginings, though you would think that they might have learned a bit more about human customs before arriving on earth. Indeed, why aliens persist in landing in the US when they surely realise how hostile and trigger happy Americans are to illegals, even if they are wide-eyed innocents. That said, Sara displays some very useful firepower through telekenesis, though she waits quite a while to do so; she can also read minds and communicate with animals including a stray dog that she names Junkyard, which plays a big part in their escape.

There are some fairly clunky plot and continuity errors in the film; the kids supposedly have these amazing powers but they only seem to remember them intermittently. If Sara can blow up cars with her mind, why doesn’t she blow up all the government cars, and why she doesn’t cause the Siphon’s ship to crash. Robb herself is charming, playing Sara as wide-eyed and cute, while Ludwig is effective as the more suspicious Seth. The casual violence in a family film, including a US government apparently happy to perform medical tests on semi-conscious children, and to shoot them at point blank range, as well as Jack’s habit of breaking people’s noses, sits uneasily with the film’s putative message of intergalactic peace.