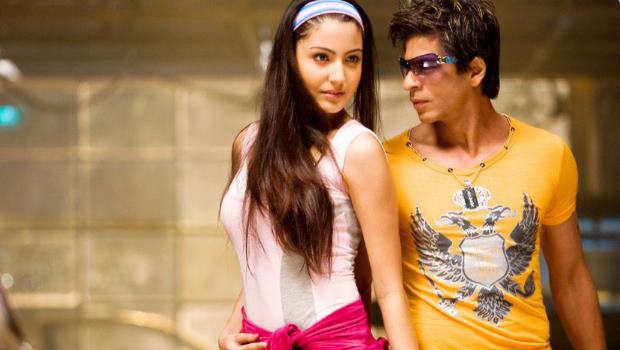 What is it that women really want? The perennial question that has baffled us ‘grunt’ types for eons, and will continue to for a long time no doubt. Rab Ne tries to answer that question, and does so in its own way. Whether the conclusion suits you or me though, is another matter altogether.

‘A match made in heaven’ is a loose translation of the title, and somewhat ironic in its placement here. The story is based upon Surinder Sahni (Khan), a pretty typical working class Indian gent (uber geek to you and me) whose mundane, albeit routine existence gets a bolt from the blue when circumstances compel him to marry Taani (Sharma). He’s actually quite happy with the alliance, doing somersaults within, but being the shy, polite introvert that he is, no one’s likely to get more than a murmur of expression out of him.

A usually full of beans Taani on the other hand is understandably distant and reclusive as she struggles to come to terms with her new surroundings, and recent turn of events which have altered her life invariably. There’s a certain muted respect in this uneasy relationship, though whilst Taani appreciates her space and the lack of pressure, she’s bored. She chances upon a local dance competition, which she enters.

At the same time Suri wants to see Taani in her element, and gains a complete makeover from his buddy Bobby (Pathak) before going along to one of the dance classes. His alternate persona of Raj is an extrovert, loud, colourful, outspoken, all in all – an irritating dosser, and everything that Suri is not. As usually happens in such escapist fantasies, Taani is paired up with Raj in the dance competition, and grows to care for the complete anti-thesis of her own husband. When Raj (a.k.a. Suri) confesses his love for her (twisted, I know…) things really start getting awry.

Rab Ne sees the return of the most reclusive and arguably most lauded Director in Indian movies at this point in time – Aditya Chopra, scion of Yash Raj Films (biggest brand in South Asia, partner of Disney) and man behind the legendary ‘Dilwale Dulhaniya Le Jayenge’. In all honesty a lot more was expected from him, and from this – as the film is distinctly average. The shrewd guy that he is, he has attempted to tap into the lowest common denominator – the common man, in his attempt for widespread appeal and acceptance of the movie. The movie works, but only just.

The biggest glaring clanger here is the fact that even with a makeover (Shahrukh Khan put through a Brylcreem ad) Taani couldn’t recognise her own husband. I realise that this is Bollywood and you should usually suspend all logic for the three hour duration, but please!! The film is simply okay, mostly thanks to Shahrukh’s charisma. His transition from uber-geek to cool dude is somewhat believable, but you definitely feel more warmth for the geek, whilst wannabe Raj is annoying pretty much minutes into his character. At least geeky Suri loves Taani for what she is; he simply wants the same in return. When his charm fails to move her, he begins to question what it is she really wants, and starts a dangerous game using his alter ego.

Highlights apart from this are the dance routine which pays homage to superstar heroes of yesteryear, from the swinging 60’s through to the 80’s, in which Khan is joined by a bevy of current female starlets. Aside from this I’d be hard pushed to recommend this to anyone other than Shahrukh Khan fans. At this point in time there are about a billion of those, so not much cause to worry there.

But it’s also a great soft starting point for those wanting an introduction to Bollywood. It’s well put together, colourful, typifies Indian culture and values, is very emotional, and is a typically arse-numbing 3 hours long. Ticks all the boxes then…