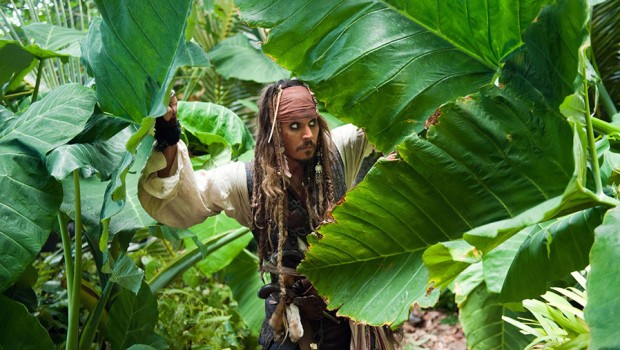 Pirates of the Caribbean: On Stranger Tides Review

Summary: Sadly the fourth installment, while showing flashes of originality, fails to reverse the downward trend.

Oh, the irony… many condemned Disney’s creative bankruptcy when they announced that they were releasing a film based on a game; Pirates of the Caribbean: The Curse of the Black Pearl then surprised us all by being startlingly fresh and original, featuring a star turn from Johnny Depp, nominated for an Oscar for his funny and bizarre performance as Captain Jack Sparrow. Maybe success went to everyone involveds heads; the first two sequels were confusing, bloated and tedious, and sadly the fourth installment, while showing flashes of originality, fails to reverse the downward trend.

The story… well, what there is of it… involves Captain Jack Sparrow joining forces with Blackbeard (McShane) and his daughter Anjelica (Cruz) in a race to find the Fountain of Youth. I can’t remember why. Pitted against them is old adversary Barbossa (Rush), newly respectable and in the employ of the British Crown. Oh yes, and some Spaniards, but they don’t come into the story much. As always in this type of quest there are lots of things that need to be collected, including a mermaid’s tears. This involves capturing a mermaid, Syrena (Berges-Frisbey) who has fallen in love with one of Blackbeard’s prisoners, the young missionary Philip (Clafin).

But as with the last two films in the series, what plot there is doesn’t really matter. It’s just a device to move the characters from one set piece to the next, so they can have a sword fight or double cross each other in some way.

What’s good: The absence of the dull young lovers Will (Bloom) and Elizabeth (Knightley) is a huge relief. Syrena and Philip are a bit of a cul de sac but at least they don’t actually suck oxygen from the room when they’re on screen. After the last two installments, my expectations for this sequel were so low that I actually didn’t hate it, especially with the more reasonable two hour running time. And the vampire-like mermaids were a cool addition. Geoffrey Rush is about the only actor who doesn’t phone in his performance – he’s very good as the amusingly pompous one-legged Barbossa.

What’s bad: Almost everything else, sadly not excepting Johnny Depp. In POTC:TCOTBP (sorry but I’m not going to type it out every time) Captain Jack was a supporting character, and that’s where he belongs. Making him the hero was a mistake, and Johnny Depp’s portrait of him has become ever lazier. He only really comes alive on screen when sharing screen time with Geoffrey Rush and has zero chemistry with Penelope Cruz. Oh Johnny! First Angelina, now Penelope! What is to be done?