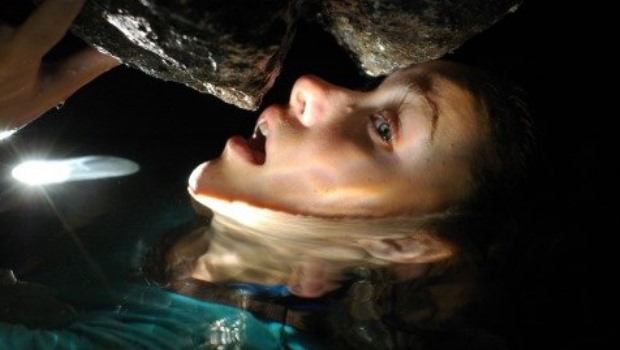 Summary: This is a generic and surprisingly tame horror offering

Beauty meets death in Paradise Lost (Turistas) as bikini-clad babes and toned men meet their maker in grizzly fashion against the fertile backdrop of Brazil. A group of unsuspecting backpackers find their adventure travels test their survival skills to the limit when they become the target of a sinister plot. There is plenty of room for half-naked bodies running around and getting killed, but little in the way of care for the victims. Paradise Lost is a typical torture horror movie concerned with displays of the flesh and what lies beneath it, doing little to engage any interest in what’s causing all the pain or why.

Sitting on a packed coach through Brazil, backpackers Alex (Duhamel), his sister Bea (Wilde) and her best friend Amy (Garrett) are unimpressed by their trip so far. Alex complains his sister didn’t organise the trip properly while comments such as “Welcome to Brazil, now bend over” would hardly impress the locals sitting around them. As some kind of recompense the bus crashes to jar their senses, but they fortunately meet up with fellow passengers the well-travelled Australian Pru (former Home & Away star Melissa George) and two best mate Brits Finn and Liam (Askew and Brown). Then it’s all smiles when the new-found group of friends stumble upon a beautiful beach with a bar pumping out dance music and cocktails to revellers, however on waking in the morning life’s not so rosy. Seemingly abandoned by all the party-goers and no sign of bar staff, they follow a stray local who offers to help them, but is leading them to a brutish gang boss who has plans for their bodies.

Paradise Lost is directed by the same man who brought us Blue Crush – John Stockwell – and it’s easy to see why he was chosen. Again he gets the chance to capture plenty of sun-drenched skin and scenery, from the moment they hit the beach it’s off with the clothes, but this time looks really do kill. As the group is led through numerous exotic locales there are grizzly acts of murder which, in the eyes of a crazy Brazilian, are justified as punishment for the debauchery tourists like these seek when visiting exotic countries. Paradise Lost seems to want to act as a warning to anyone out there intending on going on a similar trip and is probably used as scare tactics by worried parents trying to stop their teenage offspring going abroad for a gap year. The problem is, few would be taken in by any reality behind it as these backpackers are so gormless you would expect them to die crossing the street.

This is the first American production to shoot entirely in Brazil, incorporating the beaches of Ubatuba and the underwater caves of Lencois which had never been filmed before, so there is plenty of lush scenery to enjoy; if only the characters were as interesting to watch. They blindly follow their guide hardly asking for any help from those they pass while Stockwell throws in a few nasty shocks to sustain a bit of interest. When the evil mastermind behind their capture reveals his intentions over a very visual full-body operation, you’ll want them all to meet their maker rather than sit through a chase finale more suited to an action movie. If you want to see Brazil, book a flight or watch a holiday programme; if you want to see a really nasty torture movie, revisit the Saw series. Under its glossy exterior and claims to be an extreme version, this is a generic and surprisingly tame horror offering.

DVD features:
Make up special effects feature, deleted scenes and trailers for See No Evil, Flood, Fragile and The Hamiltons.