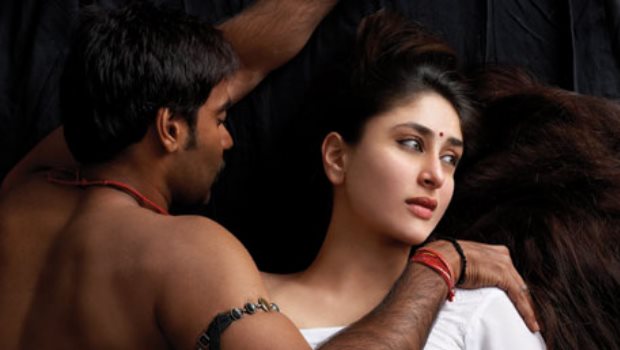 Shakespeare, Bandits, India, Rustic, Othello, Western… Actually – Spaghetti Eastern. A re-telling of Othello adapted to a rural Indian milieu this is gripping and harsh, engaging yet brutal – and I may be cocksure enough to say, very much in sync with the bard’s vision.

Omkara a.k.a. Omi Shukla (Devgan as Othello) is the leader of a gang of bandits in ravenous Uttar Pradesh. He rules by fear and his gaze is usually enough to send any resistance reeling… Hurrah for the charms of the eponymous bad boy, as local middle class rose Dolly (Kapoor as Desdemona) falls for his rustic charms. The movie opens with Dolly’s kidnapping by Omi on the day of her marriage – at her own behest, breaking off her engagement to elope with him. Dis-owning her in the process, her father warns her self-appointed suitor “You’ll never be able to trust a girl that turns her back on her father” A chilling repost to her actions, that has severe implications in times to come.

Chief lieutenant for the local corrupt politician – Bhaisaab (Shah / Duke of Venice), Omi is expected to hand over duties and much of his power to an appointed successor. Widely expected to be Langda Tyagi (Khan as Lago). It is in fact Kesu (Oberoi as Cassio) that he announces as next in command, much to the quiet chagrin of younger sibling Langda. This further amplified when Langda’s trusted lieutenant Raju (Deepak Dobriyal) smears both empathy and salt into his ego – in equal measure. Langda then in turn begins to sow the seeds of doubt into Omi’s mind regards Dolly’s fidelity and Kesu’s integrity…

Shakespeare has been an inspiration for many, and Bhardwaj is no exception. Set in the barren wastelands of Uttar Pradesh, the setting is (both physically and socially) apt for the pace and antiquated mentality of 16th century Venice – indeed, they have probably evolved at a similar pace. A bone of contention with this film is the language though, which is incredibly caustic at times. Taking the bard’s words to extremes… as well as his ending, which has slight variances from the original text; giving vengeance more meaning.

This is Bhardwaj’s second stab at Shakespeare, and as with Maqbool (an adaptation of Macbeth) he once again hits the ground running with his pacing, form and characters’ acute nuances. Hard to believe this chap was once composing music for movies!! He has also managed to compose an enigmatic score for this very gritty film. Most importantly he knows his craft well… music and direction… and he can spin a yarn – the script is sharp; the movie watertight.

The performances rock, especially Khan playing against type as scheming Machiavellian sidekick Langda, and Sharma as his partner. Daughter of the eponymous Aparna Sen she is fabulously natural, and brilliant at that. Devgan as a warlord, torn between love and treachery is succinct. Essentially a tale of how doubt can get the better of you, especially when those niggling thoughts allow jealousy to take over… and take relationships to extreme conclusions. Also a testament to (crimes of) passion and – dare I say it – Love. Very dark, but just as beautiful.