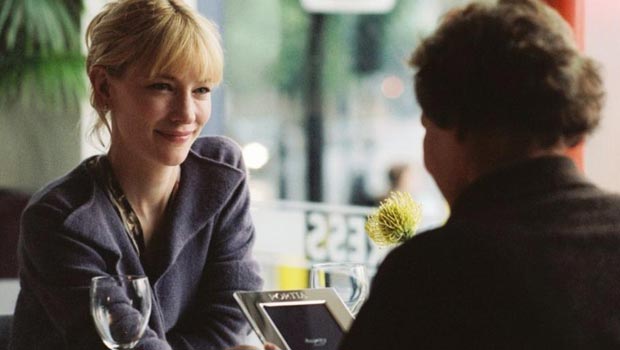 Notes On A Scandal Review

Summary: Another excellent British production, and simply one of the best films I’ve seen in ages.

Based on Zoe Heller’s novel of the same name, Notes On A Scandal is the story of Barbara Covett (Dench), a teacher at a North London comprehensive. On the verge of retirement, Barbara is a cynical, bitter spinster, chain-smoking and drinking coffee, despising colleagues and students alike, just about fulfilling her responsibilities without making any special effort to inspire or impress, looking forward to her retirement.

Into this seething, hormonal, acned milieu, like a lamb to the slaughter, wafts Sheba Hart (Blanchett) – names are important here – fragrant, posh, slightly hippy-liberal art teacher, about as well suited to teaching in a rough comp as Audrey Hepburn. Barbara is initially condescending, but gradually becomes friendly with Sheba, envying her cosy, bohemian upper-middle class domesticity even as she affects to despise it. And then, at the Christmas play, she discovers that Sheba is having an affair with one of her students and, making herself Sheba’s confidante, convinces herself that they share a friendship, a horrible delusion that builds to a thrillingly Hitchcockian climax.

Notes On A Scandal is a tricky book to adapt, purporting as it does to be Barbara’s journal, and dependent on the idea that Barbara is not being honest to either us or to herself. A film, perforce, cannot be entirely composed of the thoughts of one person and some of the subtleties are lost, but they are more than made up for in other ways. It features an excoriating script from Patrick Marber which is a perfect match for Judi Dench’s acid voiceover, contempt larding her every word. 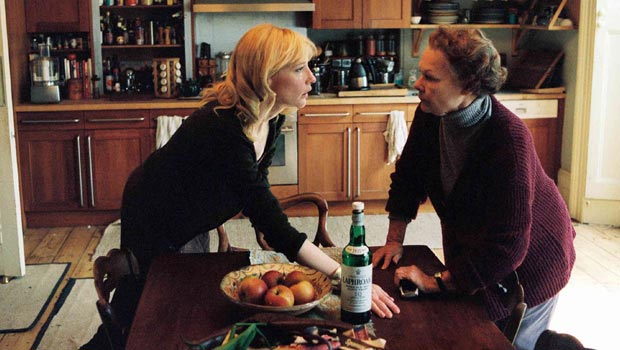 Speaking of whom, our national treasure turns in another note perfect, courageous performance as the monstrous (see what I mean about subtlety?) Barbara, beautifully described by one critic as ‘an Iago with varicose veins’. Barbara is like a dreadful spider, spinning her webs for Sheba and convincing herself that her motives are pure. Dench has terrible, thinning, post-menopausal hair and terrible clothes; the pathos of her spending all Saturday getting ready for a simple family lunch at Sheba’s, dressing as for a job interview, is underlined by the fact that her only friend in the world is her elderly cat.

Dench is ably supported by Blanchett as Sheba, ethereally beautiful and deeply confused. Despite her happy marriage to an older man (Nighy), Sheba is insecure about her attractiveness and driven by lust into a sort of last chance saloon affair. Why? Is here a very good question and not even Sheba seems to know the answers. The film deals with two kinds of lust – envy (as represented by the Covetous Barbara) and sex (step forward, Sheba Hart). Barbara is covetous of Sheba’s life, her comfortable, almost patrician existence. Sheba’s lovely house and affectionate family, her careless cooking, her casual manners, are a poignant contrast to Barbara’s barren, gloomy one-bedroom, no-mod-cons flat in Archway.

Marber’s script is quietly directed by Richard Eyre, who gets wonderful performances from his leads, and a supporting cast which includes, as well as Bill Nighy, Michael Maloney, Joanna Scanlan and Julia McKenzie. Another excellent British production, and simply one of the best films I’ve seen in ages.